Chemical specialist George Aldrich spent over four decades with NASA sniffing anything and everything that could be launched into space with astronauts.

When it comes to science surrounding NASA launches, how objects smell probably aren't what comes to mind immediately. However, for the last 44 years, George Aldrich has served as NASA's "Chief Sniffer."

Aldrich recently hosted a Reddit Ask Me Anything (AMA) in partnership with Inverse, and Redditors definitely brought some interesting questions for the NASA vet to answer. The senior sniffer is no stranger to explaining his job and why it exists. He said he frequents schools and showcases his chemical specialist training for younger students.

Despite the formality of the role, Aldrich said he keeps the names and puns about his job fun.

"I came up with "nasalnaut," I wanted something cute," Aldrich said. "The others have come from articles. One called me the "chief sniffer." In Scientific American, the guy called the Nostrildamus. Even "I Need My Space" called me the NASA Nose. I even received the Silver Snoopy Sniffer award. I got a plaque with that on it."

The main question on people's minds was "Why does NASA sniff objects in the first place?"

Aldrich explained in 1967 that there were odor tests put into place during the manual testing phase of the Apollo mission. Most of those tests came in response to the failed Apollo 1 mission burning up.

"[After the death of three astronauts,] NASA went back and decided to do material testing, especially in 100 percent oxygen environments. Test #1 in NASA language is flammability. Test #6 was odor. They didn't want the astronauts to be interfered with by an obnoxious odor. Test #7 is toxicity. All this was decided after the Apollo fire in 1967."

Odd smells are one of the first indicators that something is wrong in an environment. Bad odors aren't just an irritation; they can help humans realize something harmful is nearby. Certain odors can cause things like headaches, congestion, nausea, and drowsiness. Astronauts living and working in confined spaces that constantly need observation don't need to be exposed to potentially annoying or harmful odors during their work.

Aldrich noted that, while everything has a smell, his job involves making those smells as 'nonexistent' as possible. He explained that anyone spending time in an environment will start ignoring the smell.

"You can get what you call "olfactory fatigue," where if you've been in an environment for a while and you don't smell the substance after 5 hours. It could be dangerous. Once the new astronauts get up to the ISS, they say, "Oh, what's that smell?" And the astronauts who have been on the ISS can't smell it."

Making Sure the Nose Knows

Smelling for a living takes its toll on the senses, but Aldrich explained there are safeguards in place to ensure his nose stays in tip-top shape.

"We have an on-site nurse that comes up and checks our nose and throat before we go in and smell, so if we have a preexisting condition and it's interfering -- redness in our nose or a raw throat, the nurse is going to say, "sorry." I've been tested more than 900 times; I think have failed twice," he said.

In order to isolate smell as the sense being tested, his team never sees what an object looks like before they sniff it.

"We don't get to see what it looks like before I smell it. I'm going into it pretty much blind. They don't want us to be persuaded," he explained. "We're not allowed to look at it after we have a smell. I had a weird case just recently, actually. It was a material and it was covered, but I don't remember what it is -- I'm not at work today -- I go, "it shouldn't smell like that," and it actually smelled like butterscotch. This was a material that is going to into the suit; they are testing new materials that are going into the suit. They want to test everything for toxicity and odor in the new EV suits, the spacewalk suits."

The NASA sniffers then rate the smell on a scale from 0 to 4, with 0 being a lack of odor and 4 being extremely pungent. 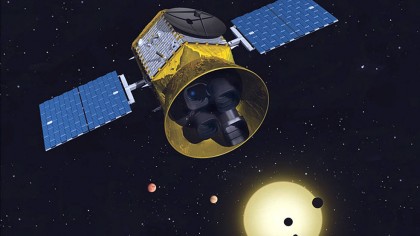 "We have five people smell each material. If it has more than a 2.5 rating, it fails. We only tell the customer it's over the rating," he said. However, failing the odor test doesn't mean the object fails its chances of going into space entirely. "They have numerous options to reduce the odor. There's always going to be a little bit, but pleasant or slightly unpleasant, as long it's not over the rating."

The Worst Smells in NASA History

In 44 years in the job, Aldrich has smelled some interesting -- and rancid -- odors. Human astronaut stench wasn't one of his absolute worst, he explained in the AMA.

"Well, haha. Here's my standard answer: Humans beings stink and there's not too much we can do about it," he answered when asked about certain unsavory human odors. "There's flatulence, they've got to potty, they can stink up the place. They do try to keep themselves clean with antibacterial agents. Because of anti-gravity, they can't take a full-fledged shower because of the water. Humans stink, haha, there's nothing we can do about it."

Recently, Aldrich and the team had to suffer through two particular smells that "[made] the astronauts gag for a window."

"That was a refrigerator that flew to space; it failed. Luckily, the astronauts were coming in on the shuttle in the shuttle days. The astronauts got sick. They double-bagged it as soon as it landed," Aldrich recalled. "They brought it to White Sands Test Facility to do a toxicity test and it had benzene, a known carcinogen. The concentration was low enough and we were all called in and said we don't have to do this; it was less benzene than would smell to you fill up your car with gasoline. It failed electrically, so that's what it smelled like. It stayed in your nose."

Sometimes, NASA sends up potentially revolting smells assuming the odors would fade off. In the second disgusting item, Aldrich recalled a situation where the opposite happened.

"Velcro straps, we tested them, and they stunk to high heaven. They tested the components separately and when they slapped them together, they assumed they would pass the toxicity and odor test. When they got to space, one of the astronauts opened the velcro and they stunk the place up. On a scale of 0-4, one was 3.6 and the other 3.8. Objectionable and revolting."

But when asked by a Redditor what his favorite scent in the world is, Aldrich gave a unique answer: