The Juno probe has unveiled new exciting information about Jupiter's lightning storms, and it’s more similar to conditions on Earth than initially thought. The research is published in a new paper published by scientists using information farther by the NASA probe, Juno.

The NASA discoveries are reinforced by research conducted by a team from the Czech Academy of Sciences who published in Nature the largest known collection of lightning recordings from Jupiter. Dr. Shannon Brown of Nasa’s Jet Propulsion Laboratory, lead author on the NASA paper describes their findings:

"No matter what planet you're on, lightning bolts act like radio transmitters – sending out radio waves when they flash across a sky. But until Juno, all the lightning signals recorded by spacecraft were limited to either visual detections or from the kilohertz range of the radio spectrum, despite a search for signals in the megahertz range.

Many theories were offered up to explain it, but no one theory could ever get traction as the answer." Juno flew close to the massive planet in 2016 and using an array of sensitive equipment was able to record specific gas emissions, it also recorded 377 lightning discharges with megahertz readings comparable with those found on Earth.

Juno flew closer to Jupiter than any other spacecraft

Dr. Ivana Kolmašová, lead author of the Czech led study confirmed the NASA discoveries,  their own study found a similar rate of lightning strikes to those found in thunderstorms on Earth. Dr Kolmašová and her team produced a database of lightning-generated low-frequency radio emissions around Jupiter. 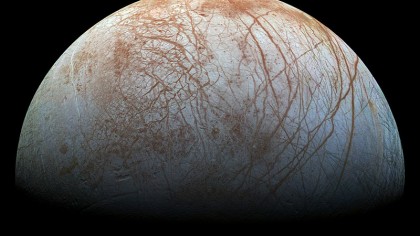 These emissions are known as “whistlers” due to the distinctive noise they make. The set of over 1,600 signals, was also produced with data gathered from Juno.

While the scientists found many similarities with the lightning strikes to our own, there were also notable differences. "Jupiter lightning distribution is inside out relative to Earth," said Dr Brown. "There is a lot of activity near Jupiter's poles but none near the equator. You can ask anybody who lives in the tropics – this doesn't hold true for our planet."

These differences can be attributed to the different way heat is distributed across the two planets. On Earth, warm, moist air around the equator fuels thunderstorms and in turn lightening, but on Jupiter warm air rises at the planet's poles due to their lack of atmospheric stability.

Juno has made all of this research possible. "These discoveries could only happen with Juno," said Dr Scott Bolton, principal investigator of Juno from the Southwest Research Institute, San Antonio. "Our unique orbit allows our spacecraft to fly closer to Jupiter than any other spacecraft in history, so the signal strength of what the planet is radiating out is a thousand times stronger."