The Interplanetary satellite has sent out an image that captured over 200,000 stars!

TESS (Transiting Exoplanet Survey Satellite), NASA’s interplanetary satellite developed to search for Earth-like planets have sent its first image. TESS was launched last month by NASA, and it is missioned with monitoring planet with bright stars so that their details can be mapped and studied.

In time, TESS will be able to log in exoplanets that have a sun and have similar specs as that of the earth. This will give us insight into whether any other planets are capable of supporting life.

Therefore, TESS has an easy way to identify stars with planets and can find out their location.

The satellite is able to record 1500 transiting exoplanets, and about 500 of them will be Earth-like planets. TESS uses four wide field-of-view CCD Cameras.

Recently, TESS sent back an image of the star-studded space, and it is breathtakingly beautiful. The image captured the edge of the Coalsack Nebula at right upper corner, and the bright star Beta Centauri is visible at the lower left edge.

If you are wondering how many stars are in this one picture, the approximate number will be more than 200,000. This picture is of the star field that is situated around the Centaurus region. 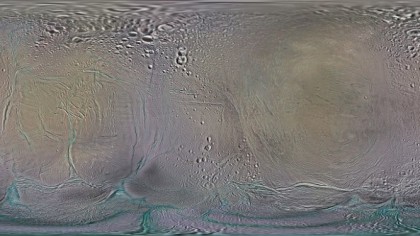 Global maps of six moons of Saturn captured by NASA

We all know that space is vast and there are billions of stars. But this picture shows us how minuscule we are compared to our galaxy.

This new photograph is a random click, and we can’t actually use this image for scientific study. When TESS is ready for taking the mission head on, it will monitor area, which is 400 times this picture.

The image is captured using one of the four on board wide field-of-view CCD Cameras. Using the mission, all four cameras will be working at the same time, and the whole mission duration is of 27 days.

The satellite will then send high-quality images back to earth when it is at the closest point to the earth. These images will be used for research purposes and will shed light on finding out Earth-like planets in our galaxy.

The first image from TESS is expected sometime in June. From then, the researchers at NASA can monitor these images for any momentary star light decrease.

TESS is not NASA’s first attempt at finding out exoplanets. NASA’s Kepler Space Telescope also has been on a mission to spot and study exoplanets around us.

Presently, it has covered about 70% of the known 3700 exoplanets.