The spacecraft which departed earth in Mid August was able to begin its mission en route, turning its scientific equipment towards the asteroid as it traveled closer.

The initial observations from the spacecraft’s two spectrometers, the OSIRIS-REx Visible and Infrared Spectrometer (OVIRS) and the OSIRIS-REx Thermal Emission Spectrometer (OTES), have shown that there are molecules in the asteroid that contain oxygen and hydrogen atoms bonded together, known as “hydroxyls.”

NASA scientists' hypothesis that hydroxyl groups are present across the surface of the asteroid and indicate that Bennu’s surface once met with water.

Bennu's parent could have hosted a liquid water body

Bennu itself is too small to have been the host of a liquid body, the observations do show that liquid water was present on the asteroid's parent, a larger asteroid, at some stage.

"The presence of hydrated minerals across the asteroid confirms that Bennu, a remnant from early in the formation of the solar system, is an excellent specimen for the OSIRIS-REx mission to study the composition of primitive volatiles and organics,” said Amy Simon, OVIRS deputy instrument scientist at NASA’s Goddard Space Flight Center in Greenbelt, Maryland.

“When samples of this material are returned by the mission to Earth in 2023, scientists will receive a treasure trove of new information about the history and evolution of our solar system.”

In other good news for the mission, the data obtained so far from the OSIRIS-REx Camera Suite (OCAMS) validates the ground-based telescopic observations of Bennu.

The asteroid has more boulders than predicted

The data also corroborates with the initial model developed by scientists of asteroid Bennu back in 2013. The new information provided by the spacecraft almost exactly replicates what was projected.

One interesting anomaly between the model and the data is how much larger a boulder on Bennu's south pole is.

The model suggested the boulder to be about 10 meters in height, but data from the spacecraft put it closer to 50 meters.

The probe will return the sample to Earth 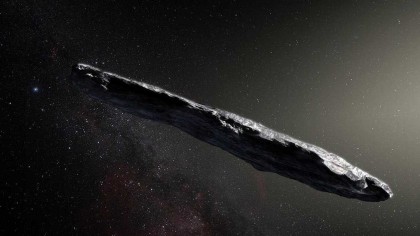 “Our initial data show that the team picked the right asteroid as the target of the OSIRIS-REx mission. We have not discovered any insurmountable issues at Bennu so far,” said Dante Lauretta, OSIRIS-REx principal investigator at the University of Arizona, Tucson.

“The spacecraft is healthy and the science instruments are working better than required. It is time now for our adventure to begin.”

The asteroid is currently under initial observation as the spacecraft passes over Bennu’s North pole, equator, and south pole getting as close as 7 km to the asteroids surface to better determine its mass which will in turn help scientist better understand its gravitational pull and surface make up.