NASA's unmanned aircraft the Ikhana successfully flew around California alongside commercial airplanes without the need for a safety chase plane.

NASA's unmanned aircraft the Ikhana celebrated its first foray into public airspace without a chase plane. The remotely controlled aircraft is part of NASA's Unmanned Aircraft Systems Integration in the National Airspace System.

This exceptional flight brings the United States cloeser to having more unmanned aircraft operating along commercial and private pilots in a public airspace.

The flight left Edwards Air Force Base in California and quickly entered public airspace. Ikhana flew through Class-A airspace at roughly 20,000 feet alongside commercial airliners. The Ikhana then flew north toward Fresno, and the flight became more than a test of remotely-controlled technologies. It became a test of how these types of planes interacted with air traffic control. Flying north led to air traffic control to switch from the Los Angeles Air Route Traffic Control Center to the Oakland area's traffic control. When Ikhana flew south toward Victorville, California, the communications again switched back to Los Angeles.

"This is a huge milestone for our Unmanned Aircraft Systems Integration in the National Airspace System project team," said Ed Waggoner, NASA's Integrated Aviation Systems Program director. "We worked closely with our Federal Aviation Administration colleagues for several months to ensure we met all their requirements to make this initial flight happen."

The agency noted these large remotely-operated planes could give the US new possibilities in handling emergency situations like monitoring natural disasters or giving new hope to search and rescue operations. There's even discussion that the Ikhana's technology could be scaled down to make a smaller, sleeker aircraft with similar functionality. 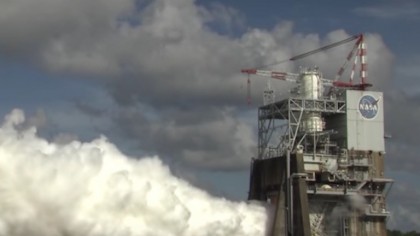 Before putting the Ikhana back into the skies without a safety chase craft, NASA had to clear the test with the US Federal Aviation Administration and its traffic surveillance standards. The FAA gave NASA special permission to fly the Ikhana. The unique certificate given to Ikhana's pilot allowed the remote pilot to see and avoid other aircraft during the flight. NASA collaborated with other engineering groups to further develop safety considerations and create standards for Detect and Avoid technologies. Those new regulations all complied with preexisting requirements from the FAA's Technical Standard Orders.

As a result of meeting these regulations, the Ikhana became equipped with some of the most extensive new detection tools in airspace.

"The Ikhana aircraft was equipped with detect and avoid technologies, including an airborne radar developed by General Atomics Aeronautical Systems, Inc., a Honeywell Traffic Alert and Collision Avoidance System, a Detect and Avoid Fusion Tracker, and an Automatic Dependent Surveillance-Broadcast capability – a surveillance technology where the aircraft determines its position via satellite navigation and periodically broadcasts this information so other aircraft can track it," NASA officials noted in a statement.

"We are flying with a suite of sophisticated technology that greatly enhances the safety capabilities of pilots flying large unmanned aircraft in the National Airspace System," said Scott Howe, Armstrong test pilot. "We took the time to mitigate the risks and to ensure that we, as a program, were prepared for this flight."

Via: NASA via PR Newswire