NASA’s Voyager 2 Probe has reached interstellar space. The space probe, originally launched in 1977, has traveled well beyond its original destinations.

This marks the second time in human history that a human-made object has traveled this far.

The Voyager 2 probe officially left the heliosphere – the protective bubble of particles and magnetic fields created by the Sun. Voyager 2 carries on it a working instrument that will be able to provide scientists with observations from interstellar space.

Voyager 2 can still send data back to earth

According to Nasa's reports, Voyager 2 is some 18 billion kilometers away from Earth. Mission control can communicate with the probe, but information traveling at the speed of light takes around 16.5 hours to travel from the spacecraft to Earth. To put that into perspective, light from the sun takes about 8 minutes to travel to Earth.

Voyager 2 has an instrument known as a Plasma Science Experiment (PLS) onboard. Until November 5 this year the PLS aboard the Voyager 2 was sending readings with high solar wind levels. Its recent readings show a steep decline in solar wind particles indicating it is now in interstellar space. The PLS measurement indicated to Nasa scientists that the probe has certainly left the heliopause.

But what of the Voyager 1? Most researchers assume it's in interstellar space by now, but it did not have a functioning PLS onboard as it exited the heliosphere.

The Voyager probes were designed to last just 5 years and were equipped to investigate Jupiter and Saturn.

Voyagers have another 300 years before exiting the solar system

They have now been operating for 41 years making it NASA’s longest-running mission. Voyager has a very special place for us in our heliophysics fleet,” said Nicola Fox, director of the Heliophysics Division at NASA Headquarters. “Our studies start at the Sun and extend out to everything the solar wind touches. To have the Voyagers sending back information about the edge of the Sun’s influence gives us an unprecedented glimpse of truly uncharted territory.” 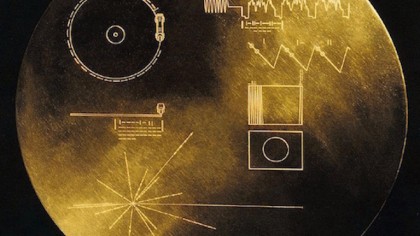 While both Voyagers are further than any scientist ever expected for them to reach, they are still in our solar system and will continue to be for some time. At its current rate, it would take more than 300 years for Voyager 2 to reach the inner edge of the Oort Cloud, which acts as the assumed boundary of our solar system.

Heat from the decay of a radioactive material, contained in a device called a radioisotope thermal generator (RTG) powers the probes as they journey out into the unknown. Each year the amount of power the system provides declines. To save on power, various instruments and equipment aboard the Voyagers -- including their cameras -- have been switched off.

The Voyager probes aren’t just interesting for their longevity, they also have a special payload onboard. Each probe contains a 'Golden Record', curated by Carl Sagan and Ann Druyan that contains a collection of music, sounds, and images from earth. It's possible that the probe could last thousands of years, and these records could be an important testament of the human civilization.

“I think we’re all happy and relieved that the Voyager probes have both operated long enough to make it past this milestone,” said Suzanne Dodd, Voyager project manager at NASA’s Jet Propulsion Laboratory (JPL) in Pasadena, California. “This is what we've all been waiting for. Now we’re looking forward to what we’ll be able to learn from having both probes outside the heliopause.”