The UN Environment's 2018 Emissions Gap Report revealed some alarming news about the rise of our global CO2 emissions.

With the 21st century is fully underway, we are taking on a monumental list of environmental issues that affect our planet. Encouraging news has been all the efforts of scientists and various industry leaders to provide bold new strategies that are both feasible and offer comprehensive results. 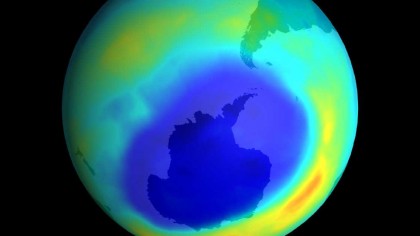 Even more promising is the advent of technology like data-collecting ocean drones and reports which outline ways to mitigate present and future climate issues, a hopeful narrative is emerging.

Now, according to the info from Emissions Gap Report 2018, a United Nations Environment publication released to the public on November 27th, the steady progress we had been making on bringing down global CO2 emissions has slowed.

This is not altogether a surpise, as the news comes during a period of rapid expansion and growth in industry around the globe.

The report focuses the main part of its evaluation on the response to the powerful G20 members, as well as the countries making up the European Union, of implementing some of the strong recommendations set forth by the Paris Agreement which was agreed upon by participating countries at the Conference of the Parties in 2015.

--> A special report from the International Panel on Climate Change's outlined a goal of keeping global temperatures from rising more than 2°, and eventually 1.5°: the first goal is attainable, with the 1.5° goal becoming more and more difficult.

--> Even the 2° goal depends solely on how close we come to closing this gap in the next 12 years.

--> Most troubling, there was an emissions increase recorded for 2017, the first after a leveling off period of three years: Numbers hit 53.5 GtCO2e last year.

--> At present, only 57 countries are on track to meet the 2030 objective, with a tripling of efforts required by most countries to meet 2030 goals.

The Role of Civil Society

Despite the data, the report does spell out the specific improvements by various stakeholders that will put us on track to where we need to be. The private sector must step up its efforts, supporting more green initiatives and innovation financially.

Specifically, they give the five core areas of (1) holistic economic alignment, (2) commercial scalability, (3) long-term horizon, (4) risk-acceptance, and (5) mission-oriented approaches providing answers to how to reach the goal.

The science is clear; for all the ambitious climate action we’ve seen – governments need to move faster and with greater urgency. We’re feeding this fire while the means to extinguish it are within reach.”

NASA Reaches Out to Universities for Help With Lunar Dust Problem