Elon Musk's work exceeds the scope of many of the top visionaries of our time, according to Neil deGrasse Tyson.

Elon Musk: the one-man conglomerate is at the helm of SpaceX and Tesla, and including The Boring Company he founded, each of the companies has allowed him to articulate his far-reaching vision for the future, and the role that innovative technology must play in getting humanity where it is meant to be.

Despite the regulatory hurdles, Musk has pressed on with SpaceX plans to send a private space passenger around the moon. Musk has backed his view that we will one day build new civilizations in space by engaging with researchers.

Hanging out with @yousuck2020 before the @SpaceX moon mission announcement pic.twitter.com/RTOwutzMtG

How Industry Leaders Stack Up

What is key for the acceptance across a broad range of industries--as well as the tough and discrimination group of government regulators in the United States--is the continued support and endorsement of Musk and his work by the group who wields the most influence: the scientific community. 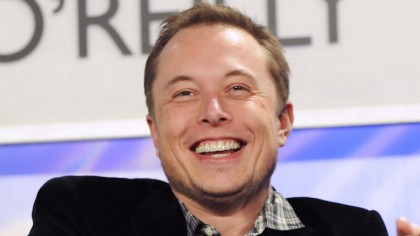 In a candid interview, Neil deGrasse Tyson, the high-profile astrophysicist, author, and public figure explained why he believes that the reach and influence of Musk exceed those of Mark Zuckerberg, Jeff Bezos, and even Steve Jobs.  He shared his views in an interview with CNBC Make It, and he was unrestrained in explaining why Musk's achievements should be celebrated more.

He highlighted (1) the enormous potential of current and future SpaceX missions and (2) the successes of Tesla's cars in changing the way millions think about the link between future innovations and mobility:

"As important as Steve Jobs was, no doubt about it — [and] you have to add him to Bill Gates, because they birthed the personal computing revolution kind of together — here's the difference: Elon Musk is trying to invent a future, not by providing the next app.

What Elon Musk is doing is not simply giving us the next app that will be awesome on our smartphone. No, he is thinking about society, culture, how we interact, what forces need to be in play to take civilization into the next century."

In the most important part of Tyson's interview, he explains why, collectively, we should not take the threats of our increasing strain on resources lightly. In order to truly ensure the survival of the human species, he shared, we must look beyond our current limited thinking.

"Because there's unlimited resources in space; resources that, on Earth, we fight wars over. In space, you don't need to fight a war, just go to another asteroid and get your resources.

A whole category of war has the potential of evaporating entirely with the exploitation of space resources, which includes the unlimited access to energy as well. [H]e will transform civilization as we know it."

Dismissing any minor criticisms of Musk, Tyson even quipped, "Go, Elon Musk! And, I don't care if he gets high." Musk raised more than a few eyebrows earlier this year when footage of him smoking marijuana during an interview that went viral.

I took delivery of a flawless @tesla Performance Model 3 this week. My review: crisp acceleration and so solid... oh screw that, this thing is sex on wheels, @elonmusk! So much fun! For anyone test driving one: it’s all about the freeway on ramps and twisty roads. $TSLA

[W]e're on the frontier of the future of civilization, and no I don't think he gets his full due from all sectors of society, but ultimately he will when the sectors that he is pioneering [to] transform the lives of those who currently have no clue that their life is about to change."

Indeed, we will thank Musk later for the foundations he is laying now for the future.

We Are Probably Living in a Simulation, Here's What You Need to Know About Simulation Theory