NEO, GAS and NEX: Everything You Need to Know About the 'Chinese Ethereum'

The new Neo platform offers a cool new blockchain and a ton of new dApps to play with.

The new Neo platform could force us to adjust the way we look at cryptocurrency exchanges. Not only does the platform make critical adjustments to the method of consensus in order to make trading and exchanging faster and easier, it also responds to a huge criticism of cryptocurrencies: Neo promises to be useful.

What are NEO and GAS?

Dubbed as the 'Chinese Ethereum', NEO is a bifurcated cryptocurrency. Its two components are Neo and NeoGas.

According to CoinMarketCap, NEO is currently at $116.73. Both NEO and NeoGas have an upper limit of 100 million coins. Currently, 65 million NEO coins are in circulation.

Apparently, NeoGas acts as the proof-of-work for NEO transactions. Instead of having a typical computationally difficult process to be carried out by a GPU, NEO trades must be accompanied by NeoGas. This makes the currency robust against some of the typical issues that blockchain currencies suffer from.

First, it is resilient to market failure. Without NeoGas, NEO can’t be traded, so except for some fringe cases, most people won’t have enough NeoGas to sell off their entire portfolio.

Second, the price can’t be affected by day traders. Some cryptocurrencies have noticed a lot of significant volatility in the past few months, for a huge combination of reasons. One of those reasons is that day traders, or people who make several small purchases or sales of commodities while exchanges are open, affect the cost of the commodity simply by trading it.

NeoGas is generated as dividends for owning NEO. The more NEO you own, and the longer you own it, the more NeoGas you will end up with.

This app will demonstrate how much NeoGas you will generate per the amount of NEO that you own.

NEO is different than other cryptocurrencies.

Why are they in the news?

The CEO of the platform just hosted a developer event in San Francisco. The event focused on Neo dApps, software articles that allow users to add additional functions to the blockchain. Decentralized applications are the ultimate realization of democracy in the economy; while many people think of Bitcoin, Ethereum, Neo, and the thousands of other alt-coins you can buy into right now are valuable because of their volatile exchange rate, eventually, cryptocurrencies will find equilibrium and day trading will no longer be an exciting endeavor. Instead, the true value of this exciting new technology will be the platform itself – sure, ETH will be extremely useful when you’re looking to do things on Ethereum platforms. But Dapps let us look past currency value into deeper applications.

The Neon Exchange, NEX. The Neon Exchange will make trading the two sister currencies easier than ever – easier and more complex trades will be possible than any other existing exchange, according to the developers.

Red Pulse will be speaking at the World Economic Forum 2018 Annual Meeting in #Davos on January 23 - 24 on our new research ecosystem and #Blockchain #wef #WEF2018 #WorldEconomicForum pic.twitter.com/hhSCKvIA1A

Red Pulse released a token, RPX, on the Neo platform. They are setting themselves up to produce a research ecosystem using the platform as a globalized market force.

Neo Fund demonstrates how smart contracts can be used to guarantee safety in trades and investments. Neo Fund is a crowdfunding dApp that functions a lot like Kickstarter. If the investment is successful, the creator gets access to the funds – if not, then the contributors can retrieve their funds. This is the way that Kickstarter operates – but like many things on the internet, there is no way to guarantee that things will work out that way when you let go of your money. Neo dApps have all actions and interactions embedded in them on the public ledger, so you can see exactly what is going to happen with your money and exactly when it will happen. 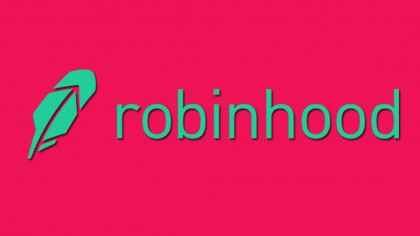 Could Robinhood Crypto Rival Coinbase and Others with Zero-Fee Trading?

dApps allow the market to grow and creates opportunities for investment, spending, trading and lending that are not available in our current standard model. It allows the economy to grow and develop dynamically and safely, allowing resilience, flexibility, and transparency.

The NEO developers are also hosting a challenge to other developers to create apps on the NEO platform. The contest ends on March 10, 2018 and the prize pool is up to the equivalent of $490,000 USD in GAS. As of January 30, there have been 390 sign-ups for the competition.