Net Neutrality Just Got Eliminated, but There is Still Hope

The FCC Just voted to eliminate regulations that protected the freedom of information over the internet. There still might be time to stop them.

Today, the United States Federal Communications Commission voted to eliminate regulations set in place in 2015 that established net neutrality, the premise that internet service providers are legally prohibited from giving different levels of priority to different kinds of data streamed over the internet. These regulations were paramount to the freedom of information over the internet.

What does the repeal mean for internet users?

Without the regulations, the internet may fall into chaos. Fears that ISPs will throttle popular services such as Netflix and YouTube in order to blackmail them are only the most mundane of concerns around the repeal. Users may also find that they have to pay for each individual service: the horrible nightmare of having to sign up for a Twitter subscription from your internet service provider means you would have to spend even more time communicating with them.

The worst concerns, however, are those of censorship; when someone is in control of what media can and cannot be downloaded, there is no stopping them from censoring any negative information about themselves or, even worse, taking bribes to only allow certain kinds of information to be released. In fact, it is because of this that net neutrality should be considered protected by the Constitution, and votes like this shouldn't be possible in the first place: no one, not even the government, can decide what is "fake news" or deserves to be seen, especially not when that entity is in a position to take bribes to influence said decision.

The #FCC just voted to repeal #NetNeutrality. Low income communities & communities of color could be disproportionately affected. "[An] end to net neutrality could cause an increase of media centralisation, censorship and a rise in costs." https://t.co/l3i2jUZcS5

This tweet from the Southern Poverty Law Center demonstrates concerns that the internet is going to become vastly more expensive, and that it will disproportionately affect poor communities.

Millions of Americans wrote e-mails to the FCC or made calls to their senators with services like Fight For the Future and many others. But the voice of democracy was not heard today -- despite an overwhelming outcry for the FCC to reconsider their position on the issue, they forced the vote through anyway. Reddit users have taken to posting information about Congressmen that had accepted "gifts" from internet service providers, essentially accusing them of accepting bribes to allow the FCC to take away the freedom of the internet. 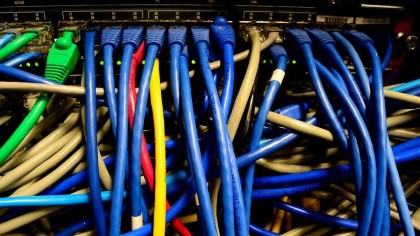 The most frustrating part of this resolution for many Americans is the fact that the FCC has already tried to pass similar resolutions in the recent past, but public disapproval forced them to hold off on the vote. This time, however, the chairman of the FCC, Ajit Pai, decided to hold the vote despite opposition. He claims that repealing net neutrality laws will actually benefit the internet by allowing internet service providers to compete for usage by different services. His claims are dubious at best, and the fact that he is being reviewed for suspicious activity regarding favoritism already doesn't help his case.

There is still hope left for net neutrality

There is one silver lining in the news today: it is possible that the United States Congress can prevent the FCC from enforcing their repeal, and many Americans, elected officials included, are not going to give up without a fight.

Ok, all. The FCC has voted to start rolling back #NetNeutrality. Here's what we do next.

First, recognize this is not unexpected. As I've been saying for weeks, the breakdown of the board suggested this would happen. https://t.co/xWj15rBnqr

Minutes after the FCC votes to repeal its net neutrality rules, New York @AGSchneiderman says he will sue to try and stop the rollback https://t.co/vrBKzk7VO1 pic.twitter.com/TSwuPa4J6b

If Congress uses the Congressional Review Act to issue a statement of disapproval of the FCC's decision, it will overturn the vote and set a hard legal precedent that will hopefully prevent them from trying to pass votes like this one and for all. So if you are an American concerned with your ability to enjoy all kinds of media, Join the Battle for the Net, and send Congress a letter telling them to stop this nonsense.