Netflix recently tweeted about the viewing habits of 53 users watching the same Christmas movie consecutively. The tweet sparked some controversy as people wanted to know how much Netflix watched their every move.

Netflix's sappy Christmas flick A Christmas Prince has quickly become one of the Internet's secret obsessions. But Netflix let the secret out of the bag for over 50 viewers in a recent tweet:

To the 53 people who've watched A Christmas Prince every day for the past 18 days: Who hurt you?

For anyone who has actually watched A Christmas Prince, the tweet is laughable as the movie is one to watch once (maybe twice at best) and forget it. Reviewers often joke that the movie could've been written by a chatbot that's only been taught the scripts to Princess Diaries, The Prince and Me and Never Been Kissed. 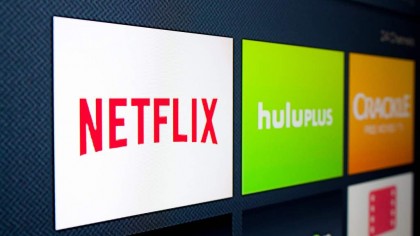 Netflix makes it public that they track a user's viewing habits. After all, the company famously suggests similar movies and TV shows based off a user's previous choices.

However, publicly saying to millions of Twitter followers exactly how much a small percentage of users actually watch a particular show or movie did not sit well with everyone.

One such dissenter is David Johnson, a tech lawyer and lecturer at Stanford Law School.

cuz @netflix collects data on paying users; their official tweet demonstrates that they’ll use that data to ridicule specific customers publicly; and that @netflix doesn’t respect their larger customer base’s concerns about other ways @netflix might misuse private data.

And user Mimmi Kingdom wanted to know who had access to even this information and how did they get it:

This tweet raises a lot of important questions about Netflix policys. Who wrote this tweet? Can low level employees access private data? For whom is it possible to access data from specific users? What are the consequenses for employees misusing or accessing data they shouldn't?

In addition, Lifetime channel quickly hopped on the bandwagon and was ready to accept anyone who felt judged by the streaming service. Lifetime is notorious for its sappy Christmas flicks largely targeted to women. (The network is so popular during the holiday season that the recently broke into two channels -- Lifetime Movie Network and Lifetime Real Women.)

If Netflix doesn't want you, there’s always room on our couch! And if Christmas Princes aren't your thing, we’ve got meet cutes, serial killers, queenpins, and babysitters gone bad. We're not here to judge! https://t.co/rYqLAYsQdn

Netflix responded to the criticisms with a rather unapologetic public statement.

"The privacy of our members' viewing is important to us," Netflix said in a statement provided to E! News. "This information represents overall viewing trends, not the personal viewing information of specific, identified individuals."

And as for fans of A Christmas Prince? They have similar Christmas films on the way from Netflix (but hopefully, the streaming service will be less judgemental about this one). Decide for yourself if Netflix made the right call and check out the trailer below to get a taste of what everyone is talking about with this movie:

Australian birds opt out of experiments. By removing tracking devices?