If you know what Bandersnatch is, then you’re probably already several levels deep into Black Mirror: Bandersnatch’s dark and innovative mind-chasm.

The Netflix show has been a fan favorite for years now, with its unsettling examinations of our technology-dependent modern life and innovative experiments in storytelling. This ambitious new project takes things to another level entirely, closing out 2018 with a bang—or a crash, or a boom.

Netflix has experimented with interactive content before, and interactive media of all kinds are as old as the forms themselves, but the way Black Mirror: Bandersnatch uses Netflix's technology in service of its story is still remarkable.

Creating a compelling narrative around a system of viewer choice is an accomplishment on its own, but as the Internet frenzy generated by the film demonstrates, Bandersnatch is much more than it first appears.

Getting Interactive Storytelling Right for the Modern Era

If you aren’t familiar with the Netflix series Black Mirror, you’re missing out on one of the best shows running right now—essentially, it's the Twilight Zone for Millennials.

Each episode of the British show tells an independent, one-off speculative story that explores the darker sides of our technology-obsessed modern era. Bandersnatch is no ordinary episode, however.

With 312 minutes of story to navigate, the film can range anywhere from 40 minutes to more than two hours, depending on the choices the viewer makes and there are five possible endings to uncover and features over a trillion story permutations.

The spoiler-free plot synopsis goes like this: Stefan Butler, played by Dunkirk’s Fionn Whitehead, is a video game developer in 1984 who convinces the known video game programmer Colin Ritman, played by Will Poulter, to have his company produce his new game idea.

Depending on the choices the viewer makes, the often dark and violent narrative explores the difficulties Stefan has adapting the original novel into an actual game, his struggles with the creative process, and managing the impossible demands placed on him by Ritman, all while trying to navigate a burgeoning mental health crisis.

If this sounds like the kinds of stories the Choose Your Own Adventure loved to tell, you’d be right. Bandersnatch not only replicates the interactive mechanic of the books, but it also captures the tone of the book series as well.

The books often took dark turns and feature some rather creative ways to kill the reader off. That was a large part of the books appeal to us as kids and is exactly the kind of story Black Mirror is so successful in telling.

It might have taken a show like Black Mirror to succeed where others have tried and failed. Many attempted to replicate the style and experience of the beloved series for screens both big and small, but none were remotely successful. The technology simply wasn’t there.

Netflix, however, has finally solved this problem with its interactive interface.

As each scene of the film reaches a decision point, you can use your remote, click your mouse, or tap the screen to select what happens next, depending on your viewing device.

The film then follows the branch you’ve selected, creating as seamless a narrative as possible without the kinds of long pauses in the story that have been the death blow for previous attempts in film and TV shows.

Expanding the Narrative Experience to the Real World

Bandersnatch’s compelling narrative and its innovative approach to the storytelling are a large part of its success, but this only tells part of the story. 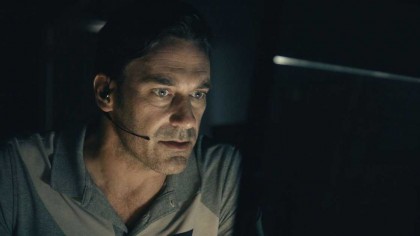 Throughout the film, callbacks and easter eggs are tucked into the film for the sharp-eyed and sharp-eared viewers to find. This is Black Mirror though, even their easter eggs are more than they appear to be.

The discovery of a post-credits scene over the weekend sparked a crowd-sourced investigation online that revealed what turns out to be one of the most remarkable bits of marketing in at least a decade.

In the scene, Stephan is seen on a bus in a repeat of a scene from the beginning of the film. Instead of letting the viewer choose which tape Stefan puts in his walkman, Stefan instead whips out a tape of the eponymous game, Bandersnatch, and pops it in, which plays a bizarre mix of high-pitched whines, silence, and static.

This led some to realize that the tape was actually a cartridge for the ZX Spectrum computer, the kind of computer that Stefan was using to program the game in the movie. The noise is actually a data file interpreted as audio, like you'd hear if you call a fax number by mistake or listening to a dial-up modem.

With this new lead in hand, someone pulled out a ZX Spectrum emulator, booted it up, and loaded the data that produced the screeching audio.

The data generated a QR code and scanning the QR code sends you to the website for the fictional Tuckersoft, Ritman's company in the film.

On the main page, there is a link to another game called Nohzdyve. The Nohzdyve page includes a download link to .tap file, which—when run through our trusty ZX Spectrum emulator—loads up a fully playable game centered on a particularly dark turn in the film, all in gloriously retro 8-bit graphics.

An alternative site, reflecting a different story outcome in the film, purports to let you play Bandersnatch, but the link redirects you to Netflix's Dark Mirror: Bandersnatch page (Well played, Netflix).

So far, a playable copy of Bandersnatch hasn't turned up, but we've only had a couple of days to investigate every lead, so who knows what else we'll find in the days and weeks ahead.

Marketing or Storytelling...or Something Else Entirely?

Black Mirror: Bandersnatch offers more than just your typical easter egg and the thought that went into the guerrilla marketing campaign for the film has to be admired. By introducing the element of alternate reality gaming to the already highly interactive experience, the filmmakers and producers leave no avenue for immersion ignored.

Using these kinds of viral marketing campaigns for fan engagement isn’t just rewarding for the fans, in the case of series, it also serves the function of reinforcing the themes of control, perception, and the appearance of choice that Bandersnatch explores.

Without question, Black Mirror: Bandersnatch is an incredibly rich experience that justifies the hype leading up to its release. Netflix has long said that they were going to produce more films using this new interface technology and no doubt others will follow suit.

We wish them luck; they'll need it since they now have a very high bar to clear after Black Mirror: Bandersnatch's runaway success.

How Accurate is Black Mirror's "Men Against Fire"?