Since most of the Netherlands lies close to sea level, it is no surprise that they have a billion dollar sea wall protecting their land.

The Netherlands is renowned for floods, which is no surprise since half of the country lies just one meter above sea level, and over the eighth lying below sea level. The Netherlands has an extensive flood history dating back hundreds of years with hundreds of thousands of deaths resulting from massive storm surges that decimate any land, houses, or people that get in the way. One of the worst surges occurred in Holland, in the year 1530 on November 5th when a massive storm created a surge that demolished the small storm surge barrier, swept away the dams, and ruined the dikes, killing upwards of 100,000 people.

Given the natural landscape, the Dutch government always tried to find solutions that would help location population. They managed to do so by building special canal systems, ditches, windmills, dams and so on. Today, these magnificent constructions make a difference between life and death in numerous areas of the country. 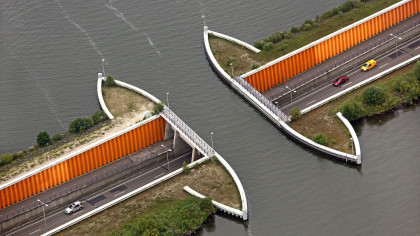 How was it Fixed?

The main problem is that good part of the Netherlands sits below sea-level. Any major fluctuation in the sea depth will cause extensive flooding to a vast amount of land. The Dutch combat this issue by constructing dikes, effectively raising the height of the river ridges to allow greater variations in the river and sea depth (see pictures below). However, high banks cause more water to accumulate, which slowly erodes the dikes or overflows during surges, releasing immense amounts of water over the edge- once again wreaking havoc on the Netherlands. The Dutch utilized massive windmills to pump water out of the channels, directing the water back into the ocean. These solutions lasted for many years, helping disperse surges and keeping mortality rates low. However, the solution was not permanent and the government had to search for something new. 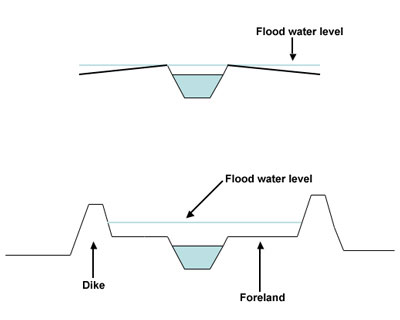 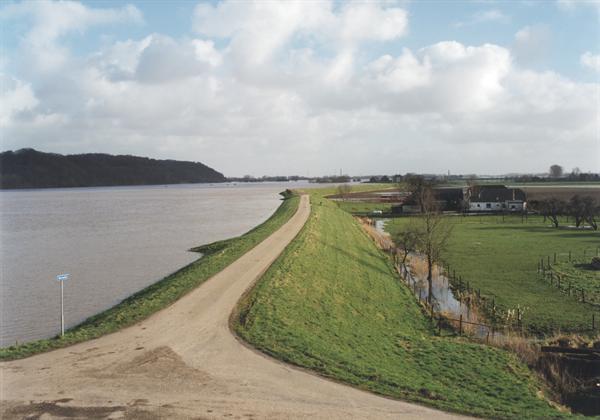 In 1953, a massive North Sea flood disintegrated all the dikes, dams, and sea walls, once again washing away everything that stood in its path. The floods resulted in 1,836 deaths, 200,000 animal casualties, and flooded 200,000 hectares of land. It was realized that a solution had to be found- and quickly. A comity was formed soon after which came with a plan called Deltaplan or Delta Works, a project to revitalize 3,700 km of dikes and dams (see picture below). One of the biggest features was an immense seawall that would cost upwards of 2.5 billion dollars. 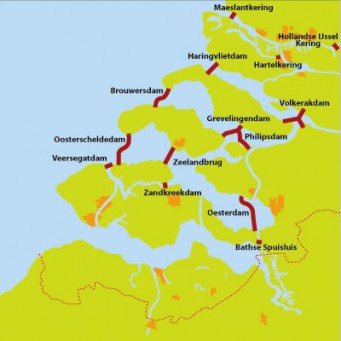 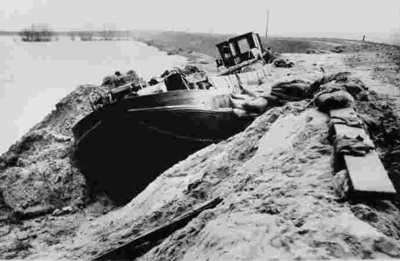 The plan included a revolutionary designed dam which incorporated removable gates that were hollow and had the ability to float and be removed. The gates allowed fish to swim free keeping the environment relatively the same. However, when a storm surge comes in the gates can be quickly filled with water, sinking and holding them in place as a fortified dam protect millions of people from potential floods. Massive pillars span the waterways, each 30-40 meters tall, weighing upwards of 18,000 tons. The massive extension was three kilometers long or about two miles. With rising sea levels, the Dutch government has plans in place to protect the low lying lands from sea levels rises up to one meter by 2100.

This project was very important for the city of Rotterdam, one of the greatest ports in Europe. Given a large amount of sea traffic, it was necessary for the dam to work. Rivers (and the whole coastal area) had to remain open which would allow ships coming from the west to enter the port. At the same time, the system had to be closed during storms to ensure the protection of the public. A great number of similar dams were built over the time and Dutch people were finally able to control the nature. It also helped other cities such as Amsterdam. 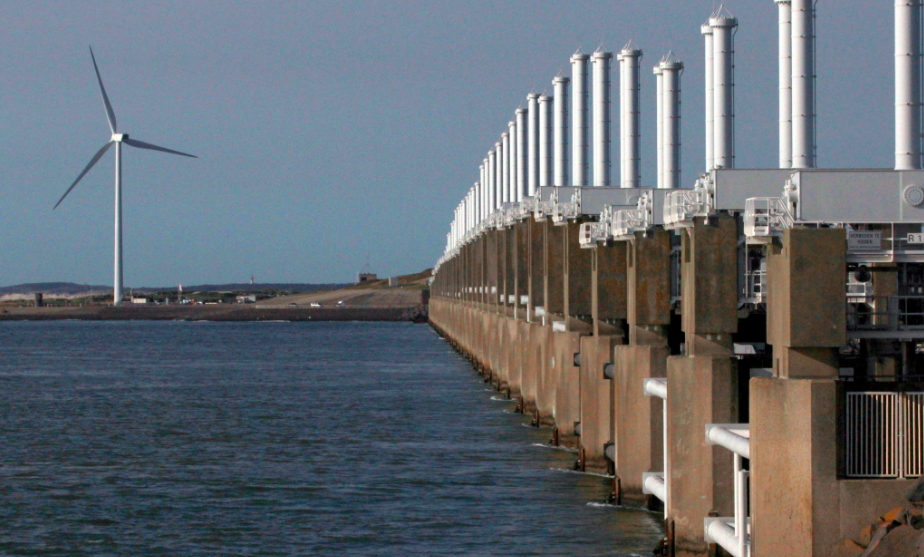 During the 20th century, Dutch people managed to improve their living conditions and build amazing projects. Today the risk of river flooding has been reduced from once every 100 years to once every 1250 years. Who knows when the next big flooding will occur, if ever?

The Dutch government has revolutionized sea water management for hundreds of years from the first implemented dike to the massive windmill pumps, and then to the current immense dams that keep the sea at bay. Even to this day, the Dutch still suffer from floods, however, with new, modern technology, the damage and death tolls have been kept to a minimum. As sea levels rise, the Dutch will continue to revolutionize water management, giving hope to all low lying regions of land across the world.

If you are curious about how the sea walls and dams look, check out this video.

What are your thoughts regarding this construction project? What would you change?

US Could Save Billions of Dollars By Electrifying Light-Duty Vehicles