Neuralink: How the Human Brain Will Download Directly from a Computer

Neuralink, Elon Musk's neurotechnology company, is building a tool to link human brains with computers without a physical connection.

Neuralink, the brain-computer interface and neuroprosthetics company started by Elon Musk and others in 2016 is developing ultra high bandwidth brain-machine interfaces to connect humans and computers. Elon Musk is also the CEO of the company. 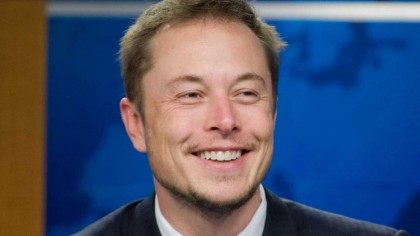 Neuralink aims to make devices that intially would treat serious brain disease and brain damage that was caused by a stroke in the short-term. In the long-term, the company's goal is to develop the technology for human enhacement. Part of Elon Musk's inpiration for the creation of Neuralink is a science-fiction concept called Neural Lace that is part of the fictional universe in Scottish author Iain M. Banks' series of novels The Culture.

This would be possible by implanting tiny electrodes into the brain. The result would be the enhancement of memory and cognitive powers by effectively merging humans and Artificial Intelligence.

Elon Musk, who runs several successful companies, including Tesla and SpaceX, has outlined his fears in several opportunities saying that the rapid advancement in Artificial Intelligence means that humans will either have to merge with Artificial Intelligence at some point in the future or become irrelevant. When he is asked about why he founded Neuralink he responds saying that the "existential risk is too high not to."

Neuralink is a mix of futuristic science and brain surgery. Linking the human brain directly to computers and other electronic devices via cybernetic implants allows the mind to interface with gadgets and programs, and this is what Neuralink is going to be all about.

Possible answers: Yes. No. Or it's complicated.

"We are, all of us, already cyborgs," Elon Musk said at the Beneficial Artificial Intelligence conference. "You have a machine extension of yourself in the form of your phone and your computer and all your applications . . . by far you have more power, more capability than the President of the United States had 30 years ago," Musk said.

In brief, Neural Lace is an ultra-thin mesh that is implanted in the skull and forms a body of electrodes which are able to monitor a human brain function.

According to Elon Musk, without the creation of the Neural Lace technology, humans will be unable to keep pace with the rapid advances in Artificial Intelligence. He says that there is a good chance that humans may become the intellectual equivalent of the house cat.

As an immediate application, Neural Lace could potentially help patients suffering from brain injuries and certain illnesses. However, the utimate goal and mission of Neuralink are to successfully merge the human brain with machine, fusing human intelligence with Artificial Intelligence. As a result, this is expected to bring humanity up to a higher level of cognitive reasoning.

Neural Lace: How it works

At some point, Neural Lace is going to enable humans to upload and download information directly from a computer. Just in a similar way how Neo from the Matrix does in order to learn new skills and acquire new information.

In order to insert Neural Lace, a tiny needle containing the rolled up mesh is placed inside the skull. The mesh is then injected and unveiled upon injection, encompassing the brain.

The Neural Lace integrates itself with the human brain. It creates a perfect symbiosis between human and machine. This technology could be the catalyst for the technological Singularity.

The Singularity: What it is

According to Futurist Ray Kurzweil, by 2020 we’ll have computers that are powerful enough to simulate the human brain. However, we won’t be finished yet with reverse engineering the human brain and understanding its methods.

In 25 years these technologies will be a billion times more powerful than they are today. By 2029, humans will already have completed the reverse engineering of the human brain. So far, scientists have reversed engineered a number at different regions such as the cerebellum, which is responsible for our skill formation and slices of cerebral cortex where we do our cursive thinking and the auditory cortex, the visual cortex and so on.

So, by 2029, scientists will have reverse-engineered, modeled and simulated all the regions of the brain. That will provide humans with the software and algorithmic methods to simulate all of the human brain's capabilities including the emotional intelligence.

According to Ray Kurzweil, computers by that time will be far more powerful than the human brain. Humans will be able to create machines that really do have subtlety and suppleness of human intelligence. And they will combine that power with ways in which machines are already superior to humans.

Machines will be able to impart human knowledge with a few keystrokes and remember billions of things accurately. They will be able to share knowledge in electronic speeds that are million times faster than the human language.

And by 2045, Kurzweil predicts that humans will have expanded the intelligence of the human-machine civilization a billion fold. That will result in a technological Singularity. Any point beyond would be really hard to imagine.

Earlier this year, at SXSW, Elon Musk also spoke about the prospects for complete renewable energy production, including solar, wind, and batteries, space-based Internet, and the new types of government that could appear in an Earthling colony on Mars in a near future. He is positive about having a multi-planetary life. Everything, all these projects are interconnected with the success of Neuralink.

Calling all engineers: Neuralink is hiring for a job of the future

The Neuralink startup is in search for some of the best engineers to join one of the most exciting startups taking off with a great view of the future. All fields are welcome, but particularly software and mechanical engineers. Get ready and send your resumé to join Elon Musk in Neuralink.