Neuroscientists use headset to explore the brain in real time

Have you ever wondered what it would be like if you could explore the brain in virtual reality and see what was happening? Well in the future this may be possible and you may be able to see your thoughts right before your eyes. This is down to a team of neuroscientists working with software developers as they have come across a way of using a headset to explore the brain. 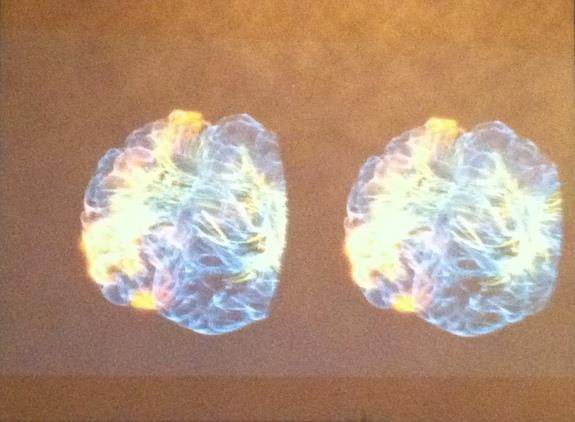 The system makes use of brain scanning, brain recording and virtual reality to take a trip through the brain of a person in real time. What has been termed “The Glass Brain” was shown off recently at the South by Southwest Interactive Festival in Austin, Texas. 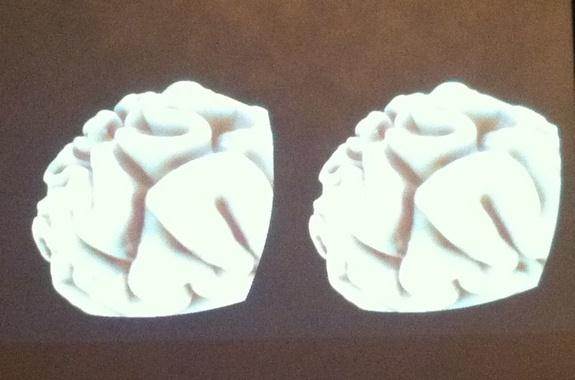 Gazzaley said "We've never been able to step inside the structures [of the brain] and see it in this way," "It's biofeedback on the next level."

Gazzaley has also been working independently with the creator of a game called Second Life, Philip Rosedale, using virtual reality in order to make improvements in neuroscience.

The team used the brain of Rosedale’s wife in the demonstration. She wore a cap that was studded with electroencephalogram (EEG) electrodes and these measured the differences in the electric potential and recorded brain activity. They had scanned her brain previously with magnetic resonance imagining (MRI), which showed the underlying structure along with the tangle of neural fibres. [3D Images: Exploring the Human Brain]

In the demonstration Rosedale was asked to wear the virtual reality headset which allowed him to go exploring his wife’s brain in 3D. light flashes displayed the activity from the brain from the EEG, while a similar view was shown to the audience on a projection screen.

While the glass brain wasn’t able to show just what Yvette was thinking about, as the EEG signals showed just a picture of the brain activity broadly, researchers hope hoping that they will get closer to being able to decode the signals from the brain and then put them on display courtesy of the virtual reality system.

The system could help those suffering traumatic brain injury or neurological problems as Doctors could visualise the affect the condition is having on brain activity and therefore be able to correct it.

What Is the Doppler Effect and How Is It Used in Real Life?