A European consortium known as Neva Aerospace is exhibiting its latest personal manned aircraft called AirQuadOne, the world's first "flying quad". The UK-based consortium is sharing with visitors its latest aircraft technology during the International Paris Airshow from June 19 to 25.

This flying quad vehicle is foreseen to be used in various applications such as search and rescue, recreational flights, aerobatics, patrol and defense, transportation, robotic maintenance, and personal air taxis. With customers within industries from extreme sports, private pilot, transport companies, and private and public security forces.

Neva Aerospace is currently working towards gaining light aircraft certification with the European Union (EASA) and the US (FAA). Neva's AirQuadOne will be provided with a 24/7 traffic management support during flight and an emergency satellite communication connection.

"Not only are we revolutionizing aviation technology, but we are also disrupting the aviation propulsion market and aviation design", said one of the Neva Aerospace co-founder and chairman. "We now provide serious electric aviation technologies for a serious commercial drone market. This technology will also be disrupting the short-termism that has threatened to dominate the investor market. As the low-tech hobby drone market stagnates for investors, serious electric aviation becomes a real financial opportunity". 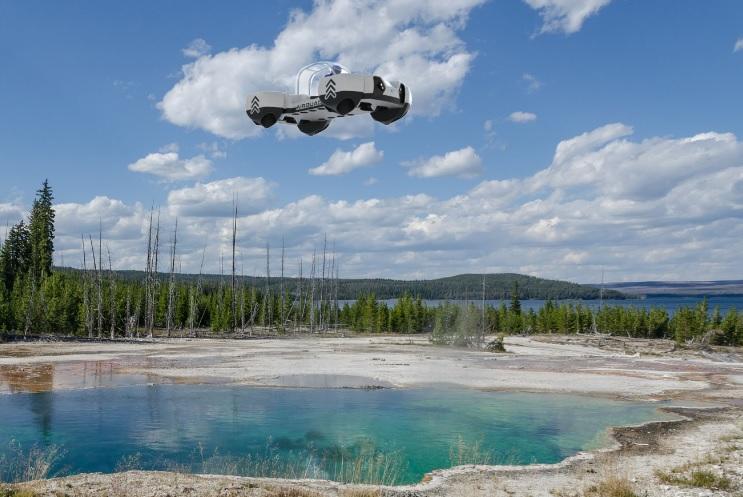 Unmanned models of this flying quad vehicle will be able to carry heavy objects that could potentially replace cranes and helicopters in delivering payloads to challenging locations.

AirQuadOne is fully electric with a capacity to carry payloads of up to 100 kg. It has a maximum, linear flight speed of 80 km/h and can fly for around 20 to 30 minutes. The quad aircraft is also capable of flying at an altitude of up to 3,000 feet. 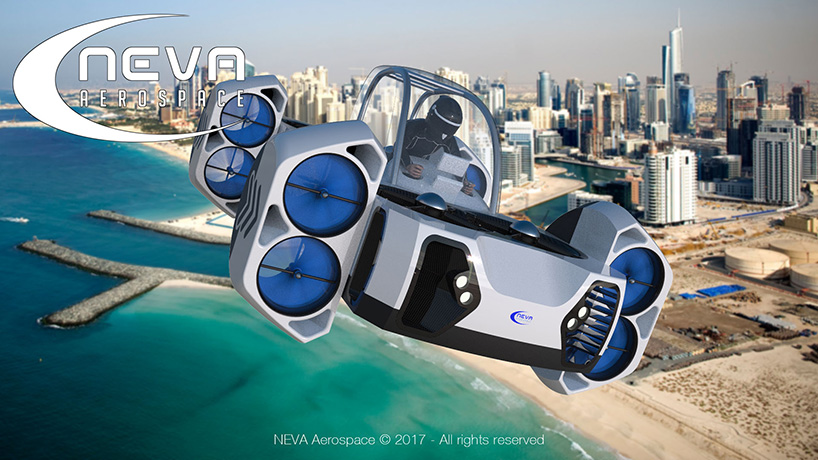 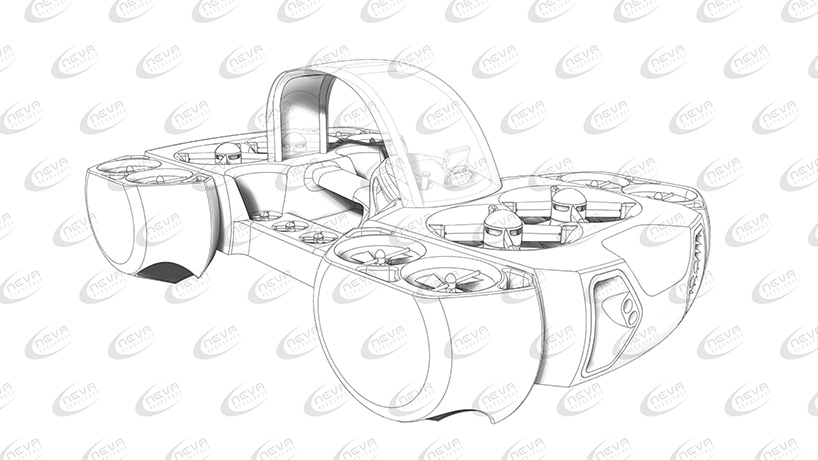 "This is an exciting use of our principles for 3D distributed propulsion with electric turbines", said Professor David Brotherton-Ratcliffe, Neva's co-founder and chief science officer. "This approach provides safety and control through redundancy. The only limitation we have today is the current limitation of the battery technology available".

The flying quad's 100+kg battery pack is expected to be compatible with electric car's recharging stations through a direct wire connection, induction, or even a battery pack switch.

Through the use of their current battery technology, Neva Aerospace is also developing a hybrid version of the AirQuadOne that would increase its flight time to 60 minutes. "The next step for us will be ensuring redundancy in flight controls and energy sources", says Brotherton-Ratcliffe. 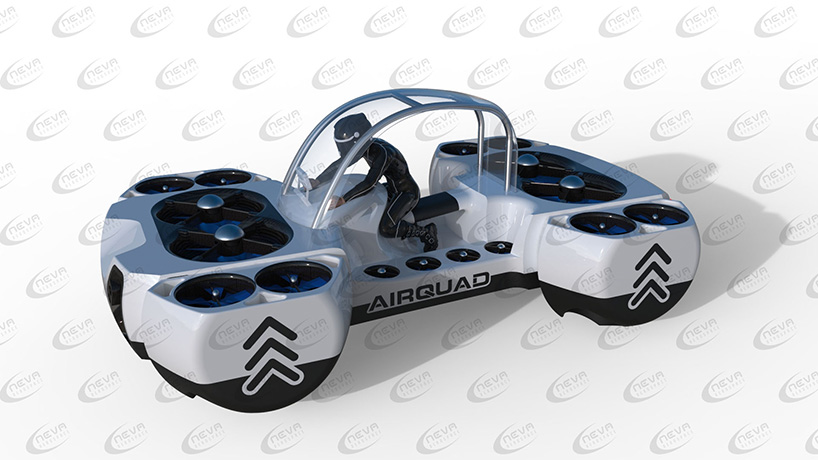 Aviation enthusiasts can visit the "Concorde" Hall in the International Paris Airshow to get a closer peek of the AirQuadOne aircraft and other Neva Aerospace technologies.