One of the world's most iconic cars, the Ford Mustang, got a fresh look, and not everyone is happy with the end result. 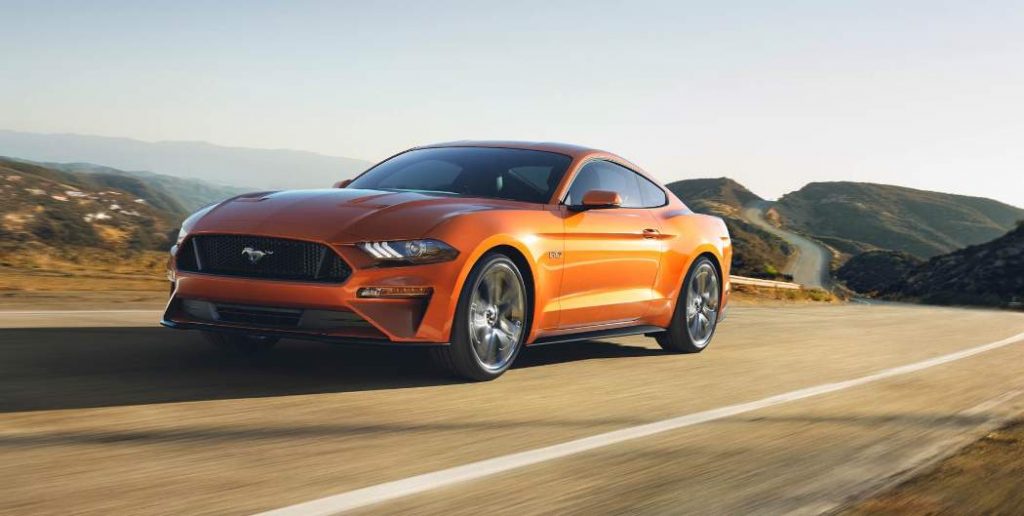 Ford debuted its new 2018 Mustang coupe model at events in Los Angeles, Detroit and New York. The announcement was only partially spoiled by a press leak, but nearly all of the details are out regarding the sleek new design.

So what's making headlines with this eye-catching new model?

The headlights are now sunken back with a slight hood. The DRLs keep the 2017 model's \\\ shape with a slight bend toward the 'lid' of the headlights. The grill looks a bit larger, the hood is lower, and overall, the face of the car feels wider and more pronounced. Granted, this assessment comes from our first images of the car. 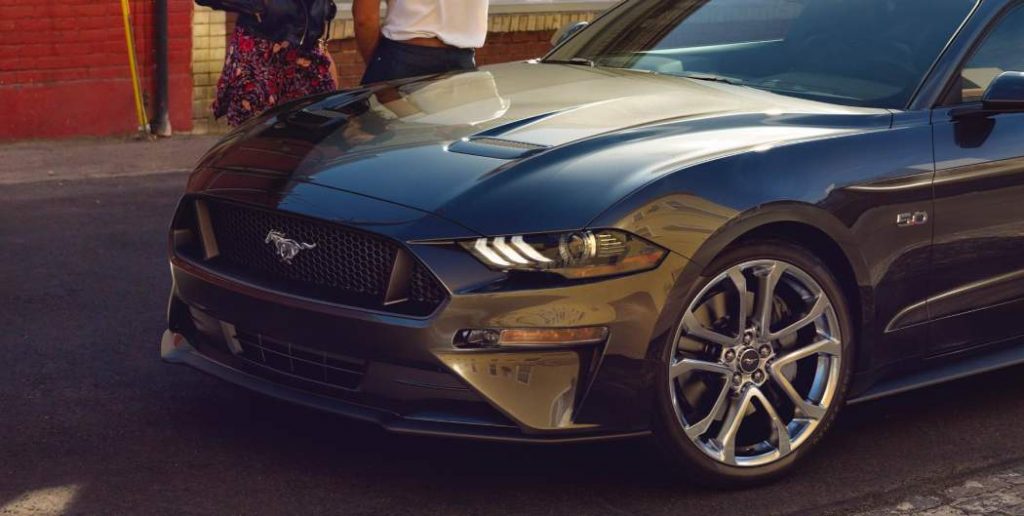 As for the back, the taillights got the same bend as the headlights. And again, everything seems wider and more upward than the 2017 model. 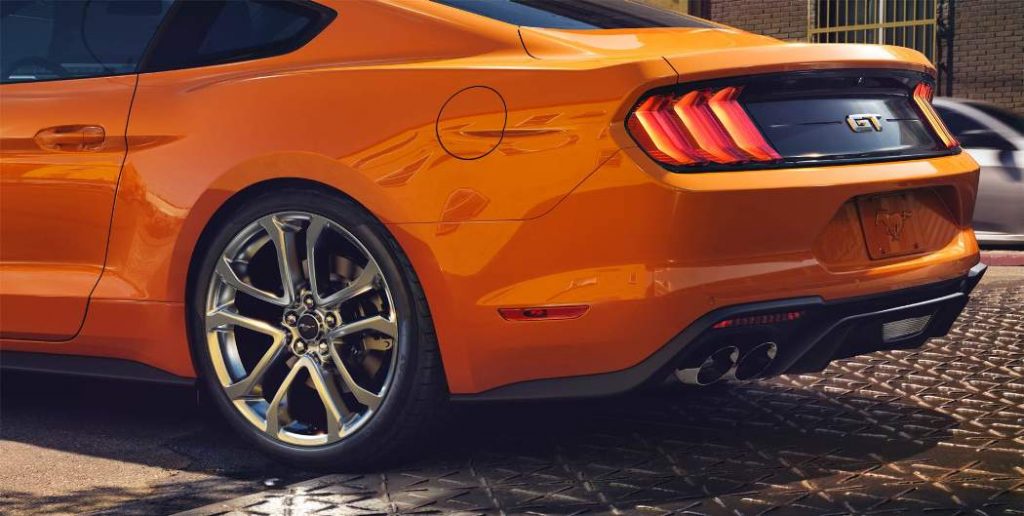 For a side-by-side comparison, you can check out this video below from FordCanada:

It's what's on the inside that counts.

What might come as the biggest disappointment is the Mustang's loss of the 3.7-liter V6 engine. Ford opted for a turbocharged, 2.3 liter EcoBoost four-cylinder engine. For purists who love the sound of a V6, you can upgrade to the GT's V8 engine. 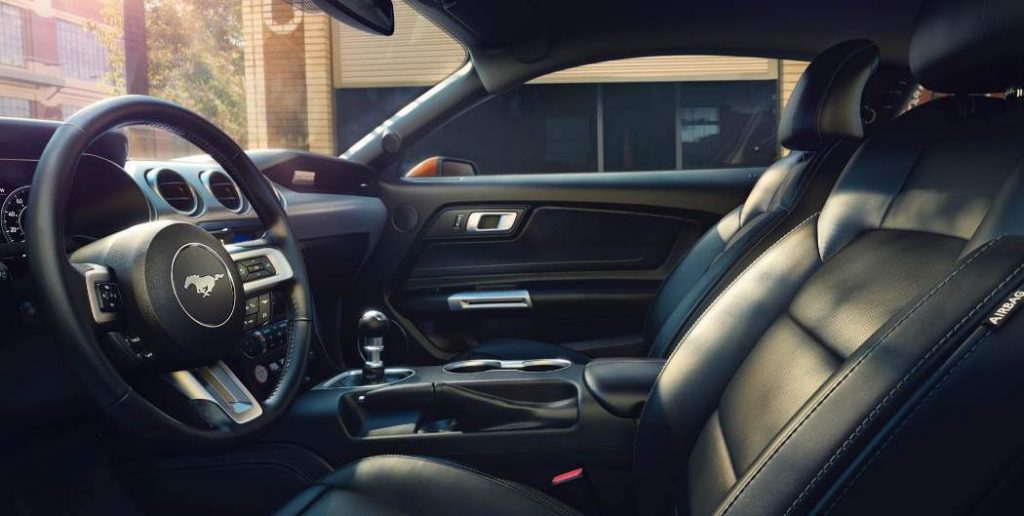 No word yet on exactly how many horses are powering their premier pony. The Mustang uses both direct and port fuel injection for better gas mileage. However, Ford said they'll release those specific numbers closer to the Mustang hitting the market. 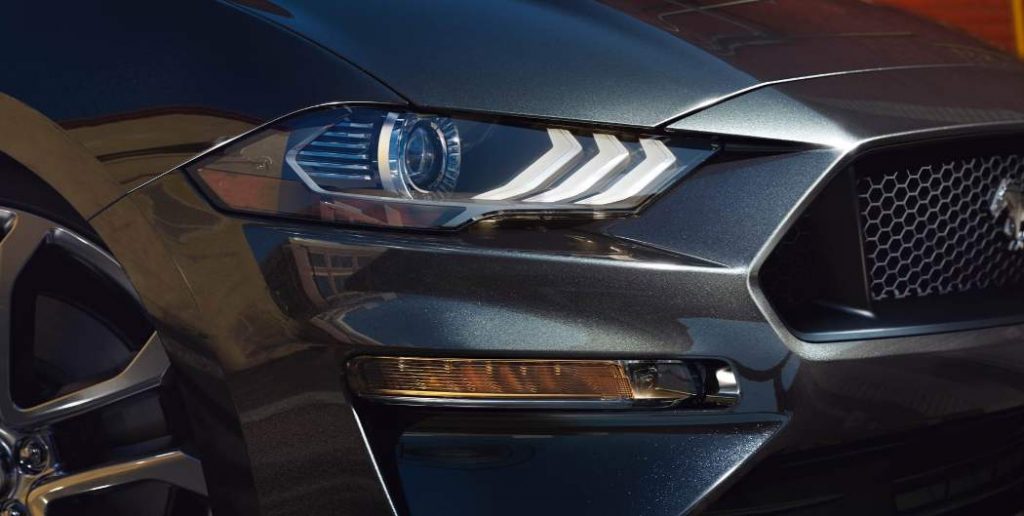 The new Mustang also debuted a 10-speed automatic, quite an upgrade from the 2017's six-speed system. The company contends the 10-speed offers reduced friction losses. Fans of manual can also enjoy the six-speed manual transmission.

The 2018 Mustang will come with one of Ford's first digital instrument clusters. An optional 12-inch LCD screen can give drivers three unique views for sport, normal, and track driving modes. 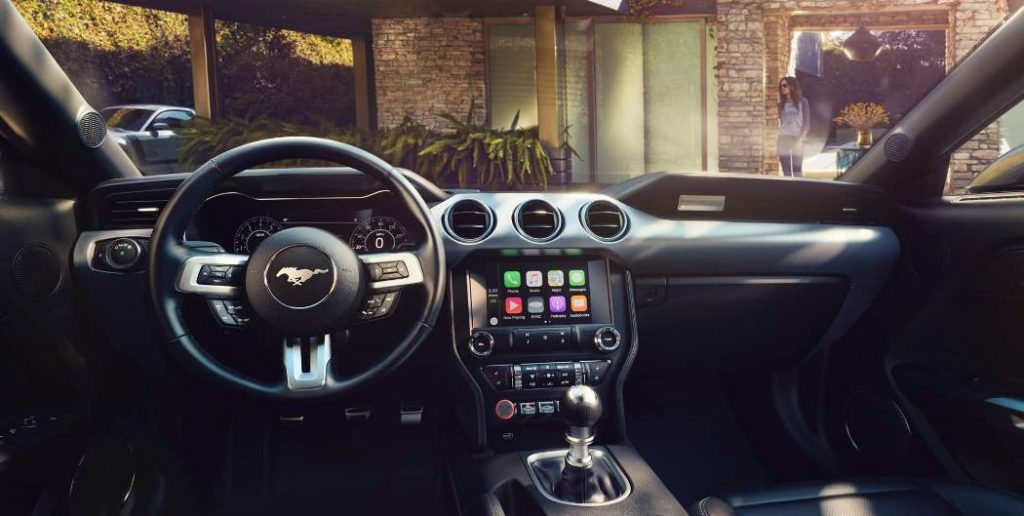 And Ford continues to upgrade its icon with a slew of new driving aids. This ranges from pre-collision assist, lane-departure warnings, and smartphone app to start, lock, unlock and find their car.

As with any new car release, especially when redesigning such a famous car, not everyone will be a fan. What some see as a sexy new look has been called "sad," "angry" and "sleepy." There's also the disappointing loss of the V6 engine

Given the numbers last year, an upgrade seemed inevitable. The Mustang's biggest competition - Chevrolet's Camaro and the Dodge Challenger - didn't see nearly the loss in sales that Ford reported with its Mustang.

Despite not pleasing everyone, the Ford Mustang's press went above and beyond. The company even got actor  Dwayne Johnson in on the marketing, as Johnson gave away one of the first 2018 models to a U.S. veteran.