A new network uses artificial intelligence to distinguish the potential habitability of other planets. The research uses artificial neural networks to sort through vast amounts of data.

If you have ever gazed at the stars and wondered what could be out there then you will be happy to know we are now closer to finding out.

A new study by the Centre for Robotics and Neural Systems (CRNS) at Plymouth University was presented on April 4 at the European Week of Astronomy and Space Science that explores how artificial intelligence (AI) can be used to identify the possibility of alien life on other planets.

The research is based on the use of artificial neural networks (ANNs), tools commonly used in machine learning. ANNs are computational models inspired by the structure of biological neural networks which replicate the way the human brain learns.

As such, ANNs can be used to identify patterns too complex for human brains to process. In this study, CRNS scientists took information from the spectral profiles (atmospheric observations) of planet types from NASA’s Planetary Spectrum Generator and used ANNs to analyze them in terms of habitability (the possibility of sustaining life).

They created a network that was fed over a hundred different spectral profiles, each with hundreds of habitability-related parameters. Sorting through such an impressive amount of information would take humans years but the ANNs successfully analyzed and classified the data in minutes.

The data was arranged into five planet types: present-day Earth, the early Earth, Mars, Venus or Saturn’s moon Titan. These types were chosen for having compositions and atmospheres that were the most potentially habitable in our solar system.

PhD student and leader of the project Christopher Bishop said in a statement: “We’re currently interested in these ANNs for prioritising exploration for a hypothetical, intelligent, interstellar spacecraft scanning an exoplanet system at range.”

The team reported that their system adapted well even when fed new and alien spectral profiles. The hope now is that ANNs can be used in the future to distinguish exoplanets with a high probability for supporting life. 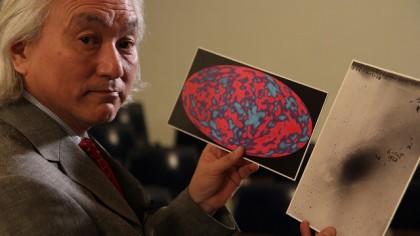 Bishop, who is also a professor in Artificial Intelligence and Cognition Angelo Cangelosi, said: “We're also looking at the use of large area, deployable, planar Fresnel antennas to get data back to Earth from an interstellar probe at large distances. This would be needed if the technology is used in robotic spacecraft in the future.”

This development comes at a good time as NASA’s TESS spacecraft is scheduled to launch in just a few weeks and could use support in analyzing the large amount of data that the mission is bound to collect.

“Given the results so far, this method may prove to be extremely useful for categorising different types of exoplanets using results from ground–based and near Earth observatories” said Dr. Angelo Cangelosi, the supervisor of the project.