A team at the University of Tokyo developed a tool that can effectively track where radioactivity will be dispersed over 30 hours in advance.

Science has come a long way in protecting humanity against disasters but, understanding the dispersion of air pollutants in the atmosphere remains one of the most challenging tasks in geosciences to this day.

This is much to the detriment of rescue efforts who could make use of this knowledge to mitigate and diminish the impacts of these treacherous situations saving many human lives and effectively containing the spread of accidental releases.

Now, a new study published this week in the journal Nature Scientific Reports by a team at the University of Tokyo Institute of Industrial Science has introduced a new artificial intelligence (AI) program that can predict the dispersion patterns of radioactive material emitted during a nuclear disaster over 30 hours in advance. The system uses machine learning applied to weather forecasts to draw its conclusions.

Weather-related data to the rescue

"Our new tool was first trained using years of weather-related data to predict where radioactivity would be distributed if it were released from a particular point," lead author Takao Yoshikane explained in a statement. "In subsequent testing, it could predict the direction of dispersion with at least 85% accuracy, with this rising to 95% in winter when there are more predictable weather patterns."

The study, according to the researchers, incorporated an "innovative approach" that combined data on appropriate ranges of dispersion directions and machine learning systems to reduce any potential uncertainties commonly associated with numerical models. The research also produced accurate results on dispersion directions with lead times of up to 33 hours.

"The fact that the accuracy of this approach did not decrease when predicting over 30 hours into the future is extremely important in disaster scenarios," Takao Yoshikane added. "This gives authorities time to arrange evacuation plans in the most badly affected areas, and to issue guidance to people in specific areas about avoiding eating fresh produce and taking potassium iodide, which can limit the absorption of ingested radioactive isotopes by the body."

The University reported the study was prompted by the lack of available suitable atmospheric modeling tools in the aftermath of the Fukushima Daiichi nuclear disaster, considered the second most severe nuclear power plant accident in mankind's history. The tools were considered so unreliable that they were completely ignored in the planning process following the devastating event. 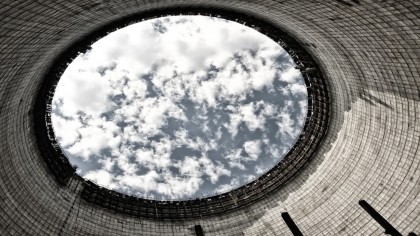 The incident caused mass global hysteria and saw an increase in government efforts to protect their citizens around the world. Europe reinforced its "many experimental and analytical activities in the field of Severe Accidents for Nuclear Power Plants," in particular its accident analysis and management efforts and its "emergency preparedness of the Member States."

The World Meteorological Organization in cooperation with the United Nations Scientific Committee on the Effects of Atomic Radiation produced five atmospheric transport models of the Fukushima's radionuclide dispersion. The effort brought together experts from Japan, United Kingdom, Canada, Austria, and the United States to investigate how these calculations could best be improved for future disaster scenarios.

Via: Nature, University of Tokyo