When it comes to fighting cancer, nearly all technologies can be explored as potential solutions. Thanks to a team of engineers, doctors might have a new Artificial Intelligence (AI) program to help them and their patients fight against the deadly disease.

Researchers from the University of Central Florida's Center for Research in Computer vision created an AI with impeccable 'vision' for spotting small tumors in CT scans. Most human radiologists have a success rate of 65 percent in identifying smaller tumors on a scan, the team noted. This new AI system bumps that percentage up to 95 percent accuracy, giving the radiologists a second set of keen 'eyes' for them to use.

Training the AI to sniff out tumors

Like many AI systems, it needed to learn what exactly a tumor looked like and how those tumors vary in different parts of the body.

“We used the brain as a model to create our system,” said Rodney LaLonde, a doctoral candidate. (In addition to being a computer science engineer, LaLonde also serves as captain of UCF’s hockey team.) LaLonde was assisted by Engineering Assistant Professor Ulas Bagci.

“You know how connections between neurons in the brain strengthen during development and learn? We used that blueprint, if you will, to help our system understand how to look for patterns in the CT scans and teach itself how to find these tiny tumors," LaLonde continued.

The engineers took a cue from popular facial recognition algorithms, like the one found in the iPhone X. Most of that software continually scans faces in order to find a particular pattern, and in those patterns, eventually, finds a match.

In this case, the team collaborated with the National Institute of Health and the Mayo Clinic to scan thousands of CT scans into their AI software. Each CT scan taught the AI what to look for in tumor size and shape, among other trademarks.

“I believe this will have a very big impact,” Bagci said. Bagci has worked extensively in biomedical imaging and machine learning, hoping to improve the state of clinical imaging. Before coming to UCF, he was the lab manager for NIH's Center for Infectious Disease Imaging Lab in Radiology and Imaging Sciences.

“Lung cancer is the number one cancer killer in the United States and if detected in late stages, the survival rate is only 17 percent," he explained. "By finding ways to help identify earlier, I think we can help increase survival rates.” 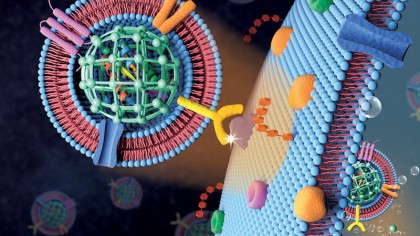 New Cancer Treatment Uses Tumor's Own Cells Against It

Lung cancer is indeed the biggest cancer-related killer in the United States, claiming nearly 800,000 lives each year. The AI could one day be applied to spotting tumors in other parts of the body. Colon and rectal cancer is the second highest killer and has one of the highest Stage 4 rates upon being diagnosed.

The pressure to improve the AI is something that continually motivates the research team. Lung, prostate, colorectal and breast cancer make up 45 percent of all cancer deaths in the United States. The engineers want to get the AI in a hospital setting and fast.

“I think we all came here because we wanted to use our passion for engineering to make a difference and saving lives is a big impact,” LaLonde said.

Via: University of Central Florida