Scientists have created a way of teaching an algorithm how to improve the resolution of images. EnhanceNEt-Pat uses machine learning to guess missing pixels to get great results.

By  Jessica Miley
Nov 03, 2017
EnhanceNet-PAT is capable of upsampling a low-resolution image (left) to a high definition version (middle). The result is indistinguishable from the original image (right). MPI-IS

Scientists have discovered a way to turn your grainy low-resolution images to super sharp snaps using Artificial Intelligence. The German-based research lab, Max Planck Institute for Intelligent Systems have developed a new method for creating high-resolution images from low-resolution originals and the results are impressive. The method was created partly in response to the low quality of most single image super-resolution (SISR) technology available on the market.

You may have had the experience of taking photos on your smartphone while you are on holiday. But when you download them and go to print them they have become a pixelated mess. The resolution of the image is just too low. In the past when this happened you might have some Photoshop skills that could save you or you would run your image through a piece of SISR software. SISR works to improve the resolution of an image by attempting to add pixels to images and then averaging the surrounding images to smooth out the blurriness. But often the results are fairly dismal and you are left with a higher resolution but blurry image.

This new technology, called EnhanceNet-PAT works by using machine learning to generate ‘faithful texture synthesis’ rather than pixel perfection. Mehdi M.S. Sajjadi, a scientist from the Max Planck Institute for Intelligent Systems explained how their new technique works: "The algorithm is presented millions of low-resolution images, which he is to scale up. He tries on the task and then he is presented for comparison each of the high-resolution original photo. The algorithm perceives the difference and learns from its mistake. In effect the bot will just get better and better at being able to find the missing information from the picture." 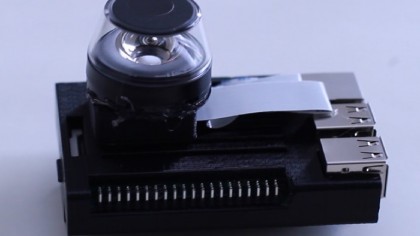 EnhanceNet-PAT is taught to imagine a high-resolution image then add pixels to the low-resolution version. Sajjadi explains the process further, comparing the algorithm's learning curve to that of human: “The algorithm is given the task of upsampling millions of low resolution images to a high resolution version and is then shown the original, the “this-is-how-it-should-be”-image. Notice the difference? OK, then learn from your mistake.”

Sajjadi worked alongside Dr. Michael Hirsch and Prof. Dr. Bernhard Schölkopf, Director of the Empirical Inference Department at the Max Planck Institute for Intelligent Systems in Tübingen, to develop the the EnhanceNet-PAT technology. They hope that once the EnhanceNet-PAT is trained, it will no longer need original photos.

EnhanceNet-Pat will never make the photos as good as the originals but it can certainly provide better results than most existing SISR technology which aim for pixel perfection. By allowing for ‘good guesses’ EnhanceNEt-Pat can create images that look to most human eyes as good as the could. If the algorithm is able to be developed in a way for commercial use, it could really assist archivists and amateur photographers who have digital images that were taken before high megapixel cameras were common. By using the EnhanceNet-Pat many older digital images may be able to get a facelift that would allow them to be printed or projected at a larger resolution.