A new aircraft design being tested by BAE systems eliminates many of the standard moving parts of a plane with the hope of improving their safety.

Whenever you are dealing with mechanical systems, the most frequent points of failure are in moving parts under stress. With that in mind, british aerospace company BAE Systems has designed a new flight control system that eliminates many of the most vulnerable moving parts of the aircraft in favor of blown-air technology.

Most aircraft flown today use a series of moving flaps on the wings of the aircraft to help direct the flow of air passing over and under the wings to generate the lift needed to fly and steer the plane. These moveable surfaces are an essential part of how modern aircraft fly, but they are also a key vulnverability.

If the flaps of an aircraft malfunction, the plane will not be able to steer properly which can create a very dangerous situation. In order to prevent this, the plane must be regularly and rigorously maintained to ensure that it will operate safely which adds to the overall cost of operating the aircraft.

BAE Systems in coordination with researchers at the University of Manchester (UM) believe they have found a solution to this problem with a blown-air design they call MAGMA that eliminates the need for moveable wing flaps entirely. Relying on supersonically blown-air from the engine to control the aircraft, MAGMA drastically cuts down on the number of moving parts necessary to control the aircraft. 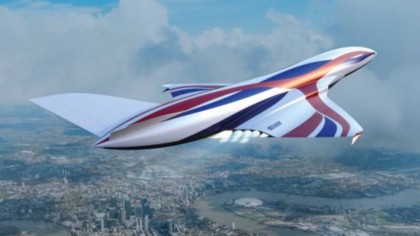 "MAGMA is a great example of how collaborating with bright minds at British universities can deliver ground-breaking research and innovation," said Julia Sutcliffe, chief technologist at BAE Systems Air. "Our partnership with The University of Manchester has identified cutting-edge technology, in this case flap-free flight, and turned what began as a feasibility study into a proven capability in just a number of months."

The key to flapless air control is pushing the blown air from the engine through narrow slots around the wing's tailing edge to control the aircraft and blowing jets of air inside the nozzle of the exhaust vent to deflect the exhaust jet itself, giving added control to the aircraft.

"We are excited to have been part of a long-standing effort to change the way in which aircraft can be controlled, going all the way back to the invention of wing warping by the Wright brothers," said Bill Crowther, senior academic and leader of the MAGMA project at UM. "It’s been a great project for students to be part of, highlighting that real innovation in engineering is more about finding practical solutions to many hundreds of small technical challenges than having single moments of inspiration."