New Artificial Neurons Can `Think` Faster Than You

Artificial Intelligence could use computing systems that not only mimic human neural processing but also far surpass it.

By  Donovan Alexander
Jan 28, 2018
A rendering of neurons. UCI Research/Flickr

Society is pushing towards the coming age of artificial intelligence. Though AI exists on some level right now and is integrated into our everyday lives, it is still nowhere near the sentient beings you grew up watching on your favorite sci-fi shows. Though there have been some obvious naysayers against the future of AI, artificial intelligence could equally change the world for the better.  Pieter Abeel argues that AI robotics will allow society to address major challenges that plague the global population right now.

To get to that level, in short, robots will need to think or process information. A recent study with artificial neurons showcases how that may, in fact, be possible.

Physicists at the US National Institute of Standards and Technology or (NIST) in Boulder, Colorado are eager to develop hardware that mimics the human brain with the aim to run any brain-like software efficiently.

Recently in the study, the physicists found that superconducting computer chips that were created to resemble and match the output of neurons can process information faster as well as more efficiently than the human brain. This step in computing is a big one as it brings researchers one step closer to developing computing devices that mimic biological systems.

Imagine this, if a machine is able to think just as effectively as humans, it could open the gates to an entire range of highly intelligent AI robots. In short, a computing system that resembles the human brain could be used to create more efficient human-like AI.

For the uninitiated, neurons are the fundamental units of the brain and nervous system that is responsible for sending and receiving information throughout your body. The electrical signals are responsible sending motor commands to muscles as wells as other parts of your body. 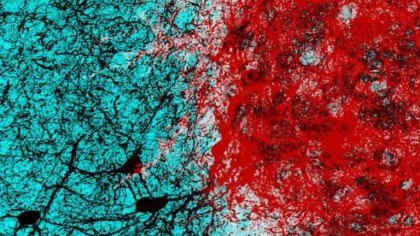 Any type of neuromorphic devices are wildly inefficient, so it makes sense that scientists are looking to nature for help. The new artificial neurons can fire up to one billion times per second, "several orders of magnitude faster than human neurons," all while doing this with-ten-thousandth of the amount of energy used by a human.

Though the study does show some promise, there is still long ways to go. There are many constraints on the study that will take a while for NIST to overcome. It may be a while before the technology is used for complex computing. Researchers still need to better understand the human brain before they can truly create a piece of hardware that mimics the human brain.