New research demonstrates how our bodies can power technology.

Can you imagine using your body as a power-bank for your phone?Probably not!

But it’s about time that you do as a research team of bio-engineers at Purdue University, led by Wenzhuo Wu, are developing a technology that will turn naturally generated bio-mechanical energy into a self-sustaining electrical voltage for both consumer and military technologies.

SEE ALSO: ELON MUSK ONCE AGAIN WARNS US ALL ABOUT ROBOTS AFTER SEEING THE BACKFLIPPING HUMANOID

As Wu states in a recent article in Journal of Material Chemistry A: “Our technology will enable wearable electronics to take otherwise wasted energy and transform it into energy that can power and control electronic devices and tools used in military defence and consumer applications. Our technology allows the synergistic engineering of TENG components at the material, structural and output levels.” 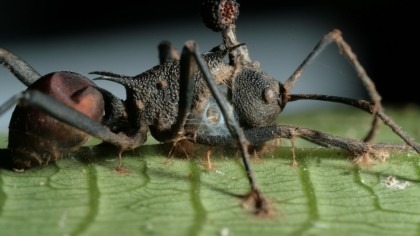 With a patent partner already lined up – Purdue's Office of Technology Commercialization – the team is now looking for financial partners with big visions to back their technology.

The research platform IDTechEX estimates that the team's Triboelectric energy harvesting transducers could turn into a $480 million market by 2028.

So how does it work?

The equipment contains a layer of liquid metal inscribed in silicone and layered between two Ecoflex sheets. It reacts to your bodies discharge of mechanical energy and converts it into a sustainable voltage for the powering of devices.

The research team demonstrated there results in a test run involving the application of the LMI-TENG powered wireless media control system on a self-powered personal interface.

As team states in the Journal of Material Chemistry A: “The device architecture and design scheme presented here provide a promising solution towards the realization of self-powered human-integrated technologies.”

The integration of self-sustaining harvesting technologies into domestic markets can be imagined to have a transformative role in our understanding of human/technology relations. We seem to be getting ever closer to living what was only wildly fantasized in sci-fi movies decades ago: the end of the human as we know it and the dawn of cyborg-like human-machines.

A sci-fi film, ironically enough, is where the Purdue team's initial inspiration for developing the technology came from. But perhaps the erasure of the human species would facilitate the drastic changes many scientists believe will be necessary for saving the planet?

Living near an electricity generating plant myself, I wouldn't mind cleaner air and cheaper utility costs. Of course, the image of humans being harvested for electricity could swing from dystopic scenes of an enslaved global underclass generating electricity for the rich to a new decentralized global cosmopolis of liberated post-millennials self-governing their own energy independent communes.

Whichever way these new technological innovations go in its best we start imagining the future now, as what we think is our present is quickly becoming the past for Wu and other cutting edge researchers around the world.

For more information on Wu and teams developments please see a video recently published by the University of Purdue here.