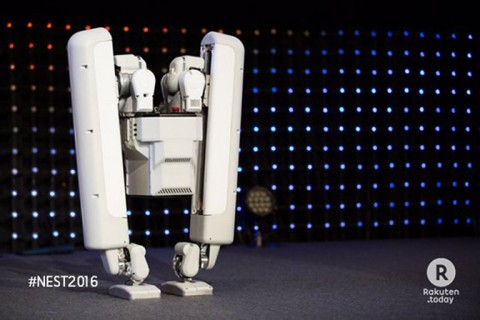 An incredibly agile bipedal robot was just unveiled by a Google-owned company named SCHAFT. The robot was introduced at Tokyo's New Economic Summit (NEST) by SCHAFT's CEO and co-founder, Yuto Nakanishi. SCHAFT is now part of Alphabet's experimental technology lab, which is cryptically named X. SCHAFT was scooped up by Google after it won the DARPA Robotics Challenge Trials by a ridiculous margin. Andy Rubin, who was in charge of Google's robotic program in 2013 convinced Nakanishi to show up and introduce the robot during Rubin's keynote speech at this year's summit. SCHAFT has been completely out of the limelight for the past three years, most likely, working out the details of this unbelievably agile new robot. 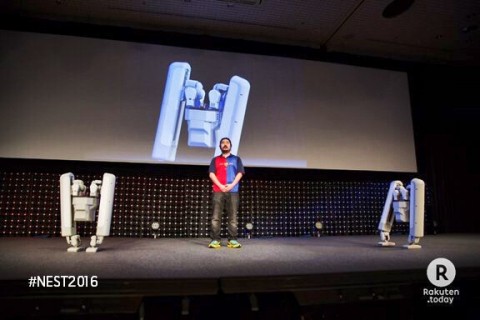 The robot, which has not yet been named, can climb up and down stairs, walk in snow and on sand, traverse slippery rocks, carry up to 60-kg, maintain its balance on a lead pipe and perform cleaning duties on stairs. Check out the video that shows this robot in various walking terrain:

The robot's ability to walk down stairs is pretty amazing. Apparently, there are few robots in existence that can adeptly maneuver both upwards and downwards on a staircase. Equally amazing is the robot's ability to self-correct after it steps on a pipe and momentarily sways to one side. It quickly adjusts for the resulting imbalance, and leans the opposite way.

A spokesperson from X stated that the presentation “wasn’t a product announcement or indication of a specific product roadmap. The team was simply delighted to have a chance to show their latest progress.” And according to a Tokyo-based journalist named Hornyak this robot “is designed to be a low-cost, low-power, compact device to ‘help society.’'

The story broke on the IEEE Spectrum website and the writer, Evan Ackerman, who communicated the first bits of information about this new robot confessed that he pieced it together from various Twitter feeds and the YouTube video above. The video was recorded by someone in the audience at NEST during the keynote presentation by Yuto Nakanishi.