Nuclear reactor number four in Chernobyl finally has shelter. 36,000 tons of shelter, to be precise.

The New Safe Confinement for the facility measures 354 ft high and 843 ft wide. The structure slide into position above the reactor on Monday.

The arch seals the nuclear plant for the next 100 years.

The total placement process takes five days. The arch has 224 hydraulic jacks pushing along two 60 cm rails. The arch will be sealed, and then the equipment will be used to disassemble the concrete tomb surrounding the explosion site.

A French team called Novarka built the arch, and the European Bank for Reconstruction and Development funded the project. The confinement project's estimated cost runs 1.7 billion Euros. The EBRD estimates the total project coming in at over 2 billion Euros.

The project replace the old confinement system, partially destroyed after the area's namesake disaster in 1986. The sarcophagus was constructed between May and November 1986 as an emergency measure to contain the radioactive substances at reactor unit 4. The Object Shelter did successfully contain radioactive contaminants despite being built under extreme duress and high radiation. 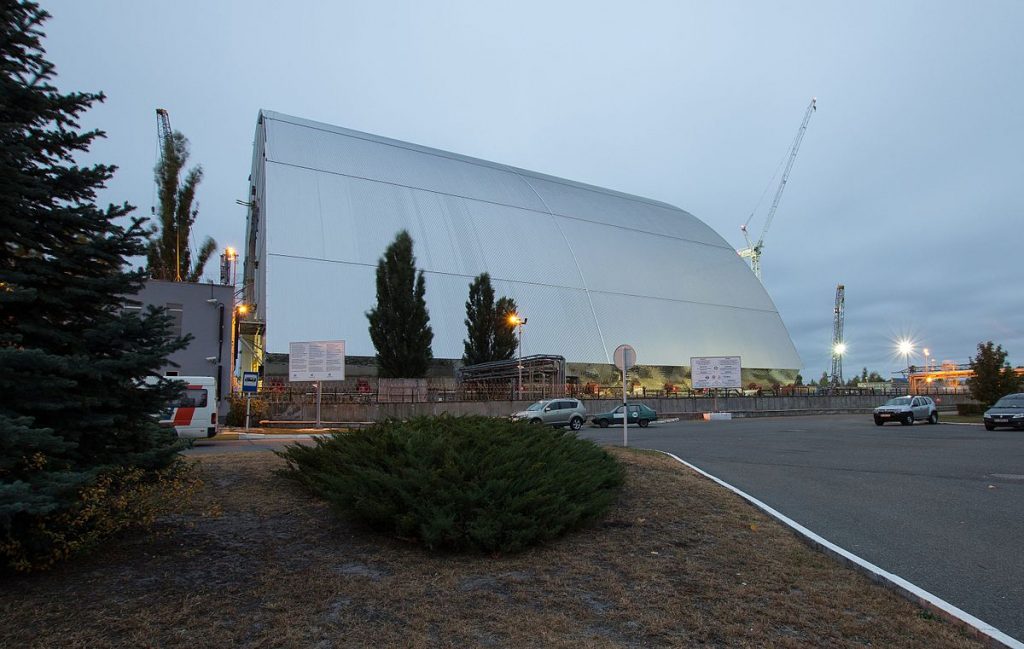 The project dates all the way back to 1992, when Ukraine's government held a competition for replacement proposals.

The Design Group Partnership of Manchester, United Kingdom suggested building an arch off-site and sliding it over the pre-existing sarcophagus. Sliding the structure over first and then demolishing the old structure reduces radiation exposure.

While there was no overall winner of the 1992 event, the arch became the agreed upon solution.

Additionally, the Vektor Radioactive Waste Storage Facility is being built near the Chernobyl site. The nuclear waste storage site is being constructed by a German nuclear decommissioning company. The 75,000 cubic meter building will temporarily hold high-level waste and intermediate waste storage.

The New Safe Confinement projected had an initial projected end date of 2005. With over 10 years of delays, the project finally has an end in sight.