This New Digital Paper Tablet Lets You Scribble While Reading

You can draw and doodle on Sony's new E Ink notepad with ease. The company says that the experience is very close to writing on a real paper.

Sony announced their new electronic notepad that comes with an array of new features. With this product, Sony says that the user will be able to replace all paper notebooks from their life.

At a glance, this device might look like an Amazon Kindle, but there’s an added feature which makes it slightly different. The Sony Digital Paper comes with a stylus, which you can use to highlight or note things down right on the device.

The company says that the experience is very close to writing on a real paper, which sounds impressive but there is also a price to pay for it. The 10.3-inch model will cost you $600 and the 13.3-inch one will set you back $700.

The biggest difference you can draw from the Sony E Ink notepad compared to the Kindle is that you can draw and doodle on the E Ink notepad with ease. Sony has undoubtedly done a good job with the styling and build quality as it is sleek, slim and sublime.

The package will come with 2 stylus tips – one mimics the feel of the pen, while the other is made to give feedback similar to writing with a pencil. The glare-free screen won’t reflect everything in front of it, making reading effortless.

The device comes with an onboard storage of 11 GB and the battery will last a total of three weeks without WiFi or Bluetooth connectivity. Users can install the companion app on their iOS or Android device so that file transfers can be done in a jiffy.

The device also has a USB port, if you want to transfer files via cable. Sony has certainly put a lot of thought into this product and it shows in every aspect of the product. 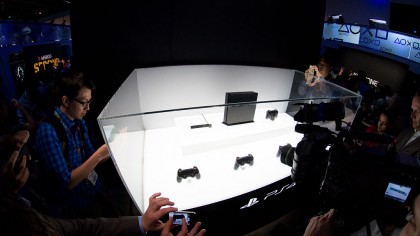 "Now, with a choice of two models, more people can experience what we refer to as 'paper perfected,' enjoying the easy readability of the glare-free screen and precision handwriting associated with the paper-like look and feel of Digital Paper,” commented Bob Nell, the Director of Sony’s Digital Paper.

Sony hasn’t started the official roll out yet. However, users can preorder the devices through Amazon or Sony’s official website.

Sony has a made a solid device that beats Kindle in its own game, but it is too soon to celebrate for Sony. A Kindle costs only about $80, which is significantly lower than the Sony’s Digital Paper.

Besides, the newly released iPad also comes with a stylus that starts from $329. We will have to see how it all goes down after the official release.