This New Discovery Could Boost Solar Storage By 3,000 Percent

What do you get when you combine the world's super material, a plant and solar energy? A massive boost in efficient energy storage, according to researchers. A team from RMIT University in Melbourne, Australia developed a plant-inspired electrode that could boost current solar storage technology up to 3,000 percent. The graphene-made prototype also opens doors for other types of storage cells like cell phone and car batteries. 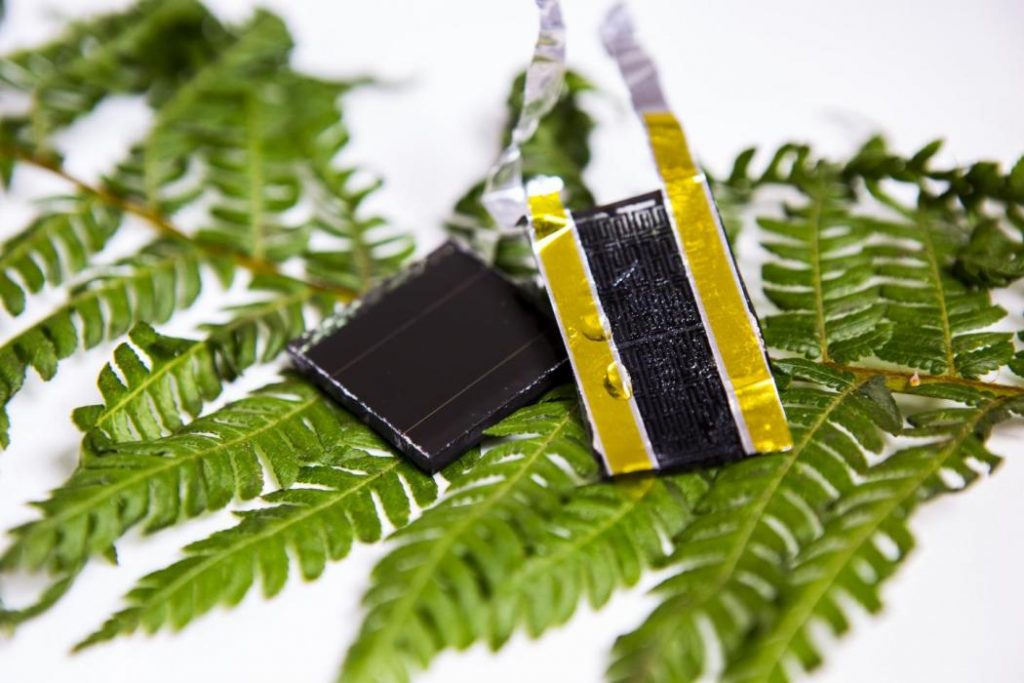 The electrode (right) can be placed directly onto the solar cell (left) [Image Source: RMIT University]

As with a lot of other emerging engineering innovations, the researchers looked to nature for inspiration. The electrode takes its form from the American plant the western swordfern. These ferns, classified as Polystichum munitum, can be found all along the Pacific coast of the United States. It can even be found as far inland as Idaho and western Montana. The swordfern crams veins in replicating patterns called fractals. These highly packed leaves allow for the ferns to be incredibly efficient at storing and transporting nutrients. It also means water can be quickly moved throughout the fern. The team at RMIT looked to replicate this speedy transport. 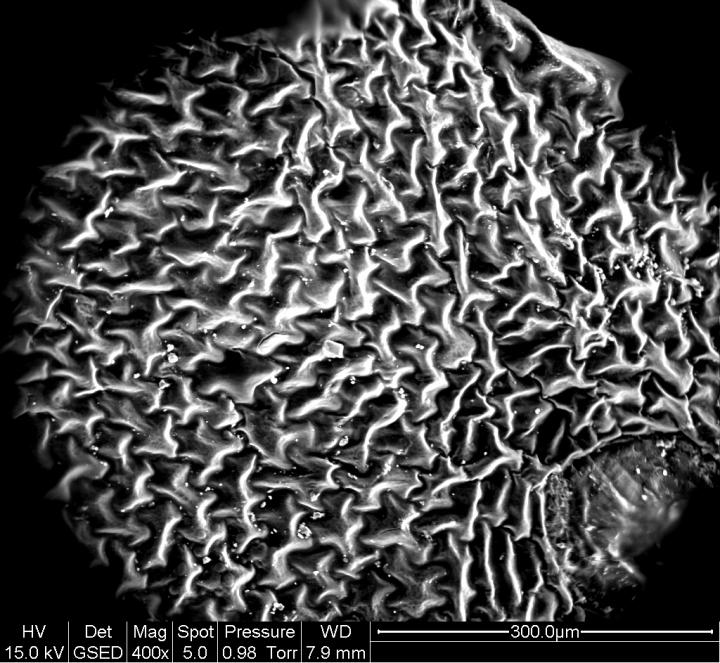 This magnified image shows exactly how tightly packed the veins in the fern are. Researchers duplicated these tight fractals. [Image Source: RMIT University]

"Our electrode is based on these fractal shapes -- which are self-replicating, like the mini structures within snowflakes -- and we've used this naturally-efficient design to improve solar energy storage at a nano level," said professor Min Gu. Gu serves as leader of the Laboratory of Artificial Intelligence Nanophotonics and Associate Deputy Vice-Chancellor for Research Innovation and Entrepreneurship.

Gu and lead author Litty Thekkekara used graphene to duplicate what they found in the fern's fronds. Graphene made headlines a lot last year and is expected to do so this year as well. Researchers in Austria discovered graphene not only serves as a superconductor, it also rapidly replaces gaps with more electrons. This makes it one of the most reliable substances in the world, especially with regard to large-scale energy storage.

"The immediate application is combining this electrode with supercapacitors, as our experiments have shown our prototype can radically increase their storage capacity -- 30 times more than current capacity limits," Gu noted.

Not only does graphene allow for more storage, it's also more flexible than current materials used to store solar energy. Thekkekara said the electrode can be used directly with a solar cell to provide "on-chip energy harvesting and storage solution."

"We can do that now with existing solar cells but these are bulky and rigid. The real future lies in integrating the prototype with flexible thin film solar - technology that is still in its infancy," she said.

"Flexible thin film solar could be used almost anywhere you can imagine, from building windows to car panels, smartphones to smart watches. We would no longer need batteries to charge our phones or charging stations for our hybrid cars."

You can read the whole research paper in the latest issue of Scientific Reports.