New DIY Kit Car Will Be Available in 2014

In the first half of 2013 we reported about the startup company Local Motors and their Rally Fighter. The special thing about that car is that the customer buys disassembled kit car in a crate and has to assemble it himself.

Now the imaginable customer we mentioned above can choose what car to assemble – the off-road Rally Fighter, or a sports car from the Canadian company Dubuc Super Light. Their Tomahawk will be presented in 2014 and will cost around $30 000. According to the company the customer will need roughly 250 hours to assemble it. The basic kit is priced at almost $20 000 and consists of 300 pounds (136 kg) heavy aluminum frame, polymer body, custom cabin with two seats, steering wheel support. Holes for the wiring are pierced to ease the process of assembling. The full kit adds to these features also transparent targa roof, side mirrors, doors that could be opened at angle of 75 degrees, and a windshield. 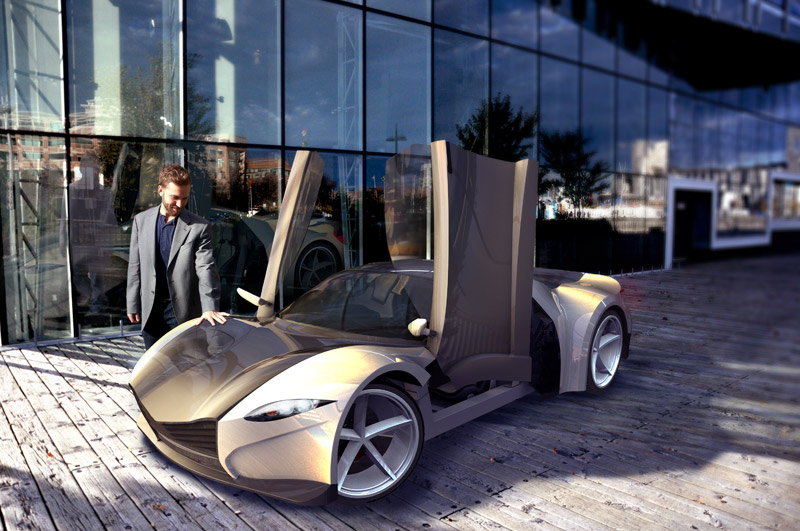 The overall weight after completion will be 2000 pounds (907 kg) which gives some promise of high speeds and good acceleration if a powerful engine is mounted. The company is planning electric drive for Tomahawk and such system is already in development at Dubuc Super Light.

This type of prefabricated cars are getting more and more popular nowadays and together with the super car replicas and other custom cars are forming separate marketing niche. It looks very probable that other similar companies will arrive in not so distant future.

A Company Will Reduce Cargo Ship Carbon Emissions by 20%. With a Giant Kite?

France Will Make COVID-19 Booster Shots Available to All Adults