Perhaps the famous moving newspapers seen in Harry Potter could soon be made a reality as technology advances into micrometer-thin electronic displays.

The polymers within the material alter how light penetrates and reflects off of the surface. Reflecting certain wavelengths while absorbing others allows the device to create any mixture of red, green, and blue. Of course, creating varying amounts of RBG will create all the colors like a standard LED display. The screen has a surprisingly impressive resolution considering it is still an early prototype. 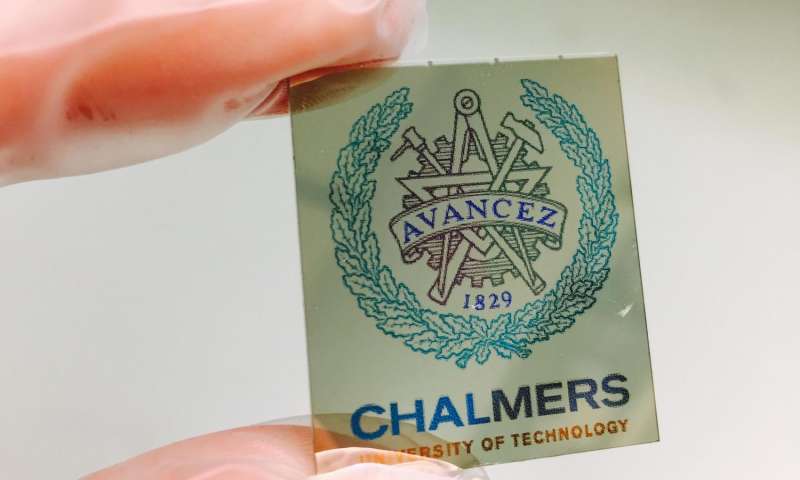 As anyone who used to have (or still has) a Gameboy knows, playing on it in low-lit areas makes it incredibly difficult see the screen. The device itself doesn't produce light. Conventional LEDs provide a backlight, most commonly white light, which is filtered through the LCD to produce RBG colors.

However, like the Gameboy, Kindles, and now this electronic paper, these technologies rely on incoming light to produce the colors. Although, since no energy is used to produce light, the devices use significantly less energy. Now, the new device has become so efficient, it requires 10 times less energy than a Kindle tablet.

"The 'paper' is similar to the Kindle tablet," said Andreas Dahlin. "It isn't lit up like a standard display, but rather reflects the external light which illuminates it. Therefore it works very well where there is bright light, such as out in the sun, in contrast to standard LED displays that work best in darkness. At the same time it needs only a tenth of the energy that a Kindle tablet uses, which itself uses much less energy than a tablet LED display".

Paper of the Future?

Unfortunately, the manufacturing process is expensive and isn't yet ready for commercial scale.

"The gold surface is 20 nanometres thick so there is not that much gold in it," Dahlin said. "But at present there is a lot of gold wasted in manufacturing it. Either we reduce the waste or we find another way to decrease the manufacturing cost"

The technology is impressive and has real potential for anything from creating programmable clothing with an integrated screen to designing a cloaking device which can quickly unfold and be deployed. Maybe we're just really hoping to see this technology give us real-life Harry Potter tools, but who can blame us?

New Ultralight Material Is Tougher than Steel and Kevlar