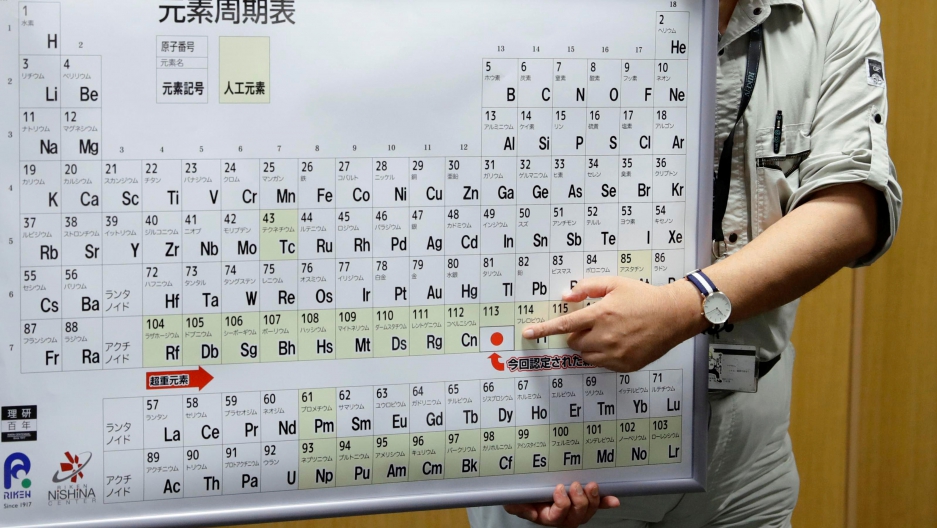 The four new elements to be added by The International Union of Pure and Applied Chemistry (IUPAC) are:

After being synthetically produced in the lab between 2002 and 2010, the four new elements have been known for a while. However, they were only officially recognized by IUPAC in December 2015. Proposals for the new names were accepted in June 2016 and the wait is finally over.

The new elements are man-made and were produced by slamming the nuclei from lighter elements together. The elements were discovered by tracking their radioactive decay. Due to the volatile nature of the nuclei produced, the elements do not remain stable for long before breaking down.

So, what is meaning behind their new names?

Moscovium (is quite obviously) named after Moscow by the Russian scientists who discovered it.

Tennessine is named after the American discoverers home state.

Oganesson has been named after the Russian nuclear physicist Yuri Oganessian.

Professor Jan Reedijk and IUPAC has said this about the confirmation of the new elements:

“The new elements were only confirmed after a careful verification of the discoveries and priorities". "The chemistry community is eager to see its most cherished table finally being completed down to the seventh row."

Will we see any more elements discovered in the future? Maybe, maybe not. But Japanese scientists are already planning to explore the possibilities of element 119 and beyond …