New Evidence Suggests That Human Evolution May Be Ongoing

The findings of a genetic cohort study released last week by a team of researchers from Columbia University include compelling data linking a number of important factors to the human genome.

The mention of the word ‘evolution’ has created some of the most powerful debates of the last two centuries. As the debates elicit responses from various members of society with their theories about the origins and development of the human species, they lead to a whole host of related moral and ethical debates. What we can all seem to agree upon, however, is that evolution occupies a space in the past and is fixed. New evidence is refuting this idea with the claim that the human race may actually still be evolving.

According to the new evidence from the study published last week released titled, Identifying genetic variants that affect viability in large cohorts, the researchers “developed a method to examine whether individual genetic variants, or sets of genetic variants, currently influence viability.” This is part of a larger body of genetic cohort studies whose target is to identify how any number of factors, from biomedical to environmental, contribute to the evolution of genetic factors isolated by researchers. Essentially, a genetic evolutionary roadmap is the goal.

As public support and willingness to participate are key factors identified across the board by scientists working in this field, it is significant that researchers were able to obtain DNA data from over 200,000 people living in the United States and Britain. The research carried out in the field makes dynamic connections to the past, present and future, producing results which shape policy and popular ideas about not only the origin of the species, but where the human species is heading. Study co-author Joseph Pickrell said of the results, “It’s a subtle signal, but we find genetic evidence that natural selection is happening in modern human populations.” 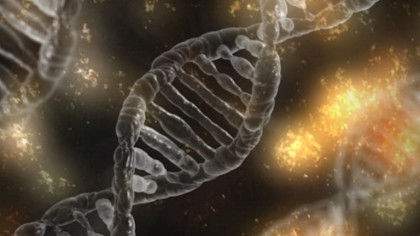 Most significantly, the team of researchers observed a decrease in the occurrence of the ApoE4 gene and CHRNA3 gene linked to Alzheimer’s disease in women above 70, and excessive smoking in men, respectively. The study is a very tangible acknowledgment that the environmental, biological and other related changes which have been occurring around us are even affecting evolution, specifically on a genetic level. There was even great consideration given to how shifting demographics in terms of the age preference expressed for having children has a link to genetic factors.

Columbia University evolutionary biologist Molly Przeworski, another of the study’s co-authors, elaborates, “It may be that men who don’t carry these harmful mutations can have more children, or that men and women who live longer can help with their grandchildren, improving their chance of survival.”

The impact of this large study is to open the discussion about the vital role which genetics plays in evolution—work begun by the efforts of the Human Genome Project, a landmark study which cleared the path for this discussion and laid the foundation for a host of important studies which would follow—and to unite a number of academic and research disciplines in a compelling way.