Researchers have developed a new drug combination that almost doubles the mean lifespan of the Caenorhabditis elegans worm, the biggest lifespan extension ever witnessed in adult animals.

By  Loukia Papadopoulos
Oct 23, 2018
A microscope image of the Caenorhabditis elegans worms used in the study. Yale/Dr Jan Gruber

There is no denying that we are a society obsessed with staying young. From the cosmetics industry to pharmaceuticals, there is no shortage of industries forever working on anti-aging innovations or ever reverse-aging technologies. 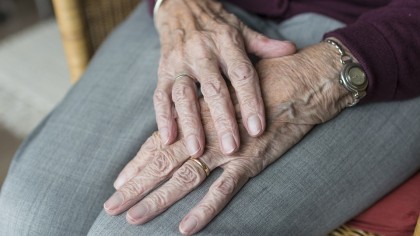 Now, a team of researchers led by Principal Investigator Dr Jan Gruber from Yale-NUS College has discovered a combination of pharmaceutical drugs that they believe may hold the key to an increased lifespan. Their studies have had promising results in the microscopic worm Caenorhabditis elegans (C. elegans) and may hold they key to the ideal fountain of youth coktail.

"Many countries in the world, including Singapore, are facing problems related to aging populations," said in a statement Gruber. "If we can find a way to extend healthy lifespan and delay aging in people, we can counteract the detrimental effects of an aging population, providing countries not only medical and economic benefits, but also a better quality of life for their people."

Gruber's team sought to find their anti-aging cocktail by combining drugs known to target the various pathways that affect lifespan. One such example is a drug currently in use post operations to prevent the body's immune system from rejecting the transplanted organs. This drug called rapamycin had shown signs in studies of extending the lifespan of many organisms including mice.

The researchers identified several of these drugs and employed combinations of two or three compounds targeting different aging pathways to their C. elegans test subjects. What they finally found was two drug pairs that together were particularly effective at extending the worms' mean lifespans more than each of the drugs individually.

Even better, when further combined with a third compound, the new cocktail resulted in almost doubled mean lifespans, the larger lifespan extension ever witnessed for any drug intervention in adult animals. The new treatments also had no adverse effect whatsoever on the worms' health.

Instead, the worms across all age groups were actually found to be healthier overall, meaning the cocktail not only increases lifespan it also improves life quality. "We would benefit not only from having longer lives, but also spend more of those years free from age-related diseases like arthritis, cardiovascular disease, cancer, or Alzheimer's disease," Gruber further explained.

Cocktail works on fruit flies too

The results of the study were then also effectively recreated in a species of fruit flies (Drosophila melanogaster). Working with Yale-NUS Associate Professor of Science (Life Science) Nicholas Tolwinski, Gruber's team tested the cocktail in this second evolutionarily-different organism and found similar outcomes.

The fact that both the species showed increased lifespan and improved life quality extensions suggests that the biological mechanisms regulating these newly found drug interactions are ancient. As such, they are much more likely to be adapted successfully for humans.

The researchers will now work on designing more effective interventions and determining the molecular and biological mechanisms of the drugs' capabilities to be used in computer models simulations. These simulations will allow the team to test thousands of more combinations through computer modeling in order to hopefully find the one that is most suitable for mankind.

In the meantime, while we wait for this fountain of youth to hit the market, we suggest these apps for optimum health. After all, a little self-care goes a long way.

The study published in the peer-reviewed international journal Developmental Cell.