The new technology allows for brain recordings below 0.1 Hz and may one day potentially be adapted to restore speech and communication.

The brain is a complex organ that is still not fully understood. There is no shortage of experiments that seek to both analyze and influence the way it functions.

From attempts to alter its activity to fears that it might be hacked, scientists are always seeking ways to understand and protect the brain. Now, new work has revealed technology that allows scientists to essentially hear the brain's whispers. 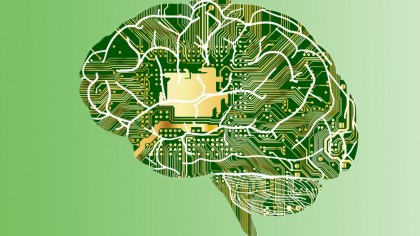 Mind-Hunting: Could Your Brain Be a Target For Hackers

Listening to the brain is not new. For decades now researchers have been using electrode arrays to record and map the brain's electrical activity, in an effort to grasp how it functions. However, these arrays have been limited.

So far, they have been unable to detect activity over a certain frequency threshold. The new graphene-based technology, developed by Graphene Flagship, overcomes this issue allowing for recordings even below 0.1 Hz.

This impressive new device no longer uses electrodes but instead is developed on a transistor-based architecture. The technology works by amplifying the brain's signals locally before transmitting them to a receiver.

In addition, the use of graphene in this new architecture allows for much more recording sites than previous tools. It also makes for a device that is slim and flexible enough that it won't interfere with brain function.

What this means is that now neurologists may be able to understand the brain's operations more deeply, hopefully uncovering important clues that were previously missed.

"The results of this study are a clear demonstration that graphene can bring unprecedented progress to the study of Brain processes," said Andrea C. Ferrari, Science and Technology Officer of the Graphene Flagship, and Chair of its Management Panel.

It may also provide ground-breaking approaches in the diagnosis and treatment of epilepsy by providing much-needed insights into seizures. But that's not all.

"Beyond epilepsy, this precise mapping and interaction with the brain has other exciting applications," explained José Antonio Garrido, one of the leaders of the study working at Graphene Flagship Partner ICN2.

"In contrast to the common standard passive electrodes, our active graphene-based transistor technology will boost the implementation of novel multiplexing strategies that can increase the number of recording sites in the brain dramatically, leading the development of a new generation of brain-computer interfaces."

What is perhaps more exciting is that the technology could potentially one day be adapted to restore speech and communication.

"This work is a prime example of how a flexible, graphene-based transistor array technology can offer capabilities beyond what is achievable today, and open up tremendous possibilities for reading at unexplored frequencies of neurological activity," said Kostas Kostarelos, leader of the Health, Medicine, and Sensors Division of the Graphene Flagship.