Chocolate is arguably the most enjoyed sweet on the planet, but its deliciousness comes with a heavy load of fat-  served with a side of guilty pleasure. However, your chocolate munching days may not be restricted any longer thanks to a new technique which uses electricity to create low-fat chocolate.

In the past, making a low-fat chocolate has been proven to be incredibly difficult. Reducing fat levels below 36% causes liquid chocolate to become extremely thick. More often than not, the thick chocolate clogs all the machinery and backs up the systems. As a result of this perplexing conundrum, chocolate is often made out of 40% to 60% fat, making it a not-so-healthy choice. In the new study published in Proceedings of the National Academy of Sciences, researchers developed a technique to reduce fat levels while improving the flow of chocolate. The researchers introduced an electric field directed towards the flow of chocolate as it travels inside the pipes and machinery. In doing so, the flow rate is significantly improved allowing a significant portion of fat to be removed without causing congestion of the machinery. 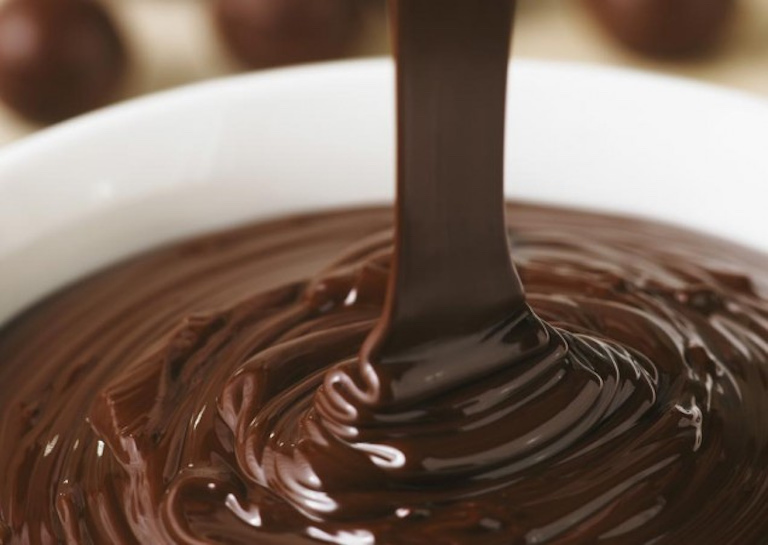 The concept of passing an electric field into a substance to increase in viscosity is known as electrorheology. When this technique was applied to chocolate, it was discovered that the viscosity is significantly improved. The technique ensures a lower calorie count without sacrificing the sugar content and delicious sweet taste. Instead of reducing the sugar to reduce calories, fat is removed and the taste of the chocolate remains the same.

The issue linking chocolate to obesity was speculated on decades ago. However, due to the issues regarding chocolate with reduced fat content clogging machines, no solution was found- until now. The holy grail of healthy chocolate was uncovered following experiments which pumped chocolate full of electricity. When an electric field is induced, the chocolate becomes agitated and forms particles in the shape of spheroids. The microstructure decreases the viscosity of the liquid, enabling the chocolate to easily flow through the pipes and machinery without obstruction. As a result, the researchers were able to reduce the fat content by 10–20%. The new research promises a new, healthier, tastier class of chocolate in the very near future.

This revolutionary discovery will enable chocolate lovers to indulge in their treats without sacrificing the sweet taste and go without accumulating guilt/weight. This research promises a brighter future of healthy(ier) chocolate without sacrificing the signature sweet taste.  Fortunately for modern engineering, all chocolate lovers will not have to switch to the dark side- of chocolate- and will still be able to enjoy a tasty treat that is healthier, and still tastes great.