By  Shelby Rogers
Oct 26, 2018
A tumor that invaded a vein in a colorectal cancer patient Wikimedia Creative Commons

Papaverine stops mitochondria -- the cell’s powerhouse -- from functioning. This leaves tumor cells sensitive to radiation. The Ohio State team found that papaverine doesn’t affect the sensitivity of normal tissues, however.

The team’s full report can be found in a recent edition of the journal Proceedings of the National Academy of Sciences. The study "represents a potential landmark in the six-decade-old quest to eliminate hypoxia as a cause for radiotherapy treatment failure,” the researchers noted in the commentary of the report.

Hypoxia is an oxygen deficiency in reaching tissues. Hypoxia includes a lack of oxygen to both the blood and brain, but on a cellular level, it stifles normal cell functions. It can also become a serious issue for cancer patients using radiation therapy, as the lack of oxygen stifles how well radiation affects the body.

"We know that hypoxia limits the effectiveness of radiation therapy, and that's a serious clinical problem because more than half of all people with cancer receive radiation therapy at some point in their care," said principal investigator Nicholas Denko, PhD, MD, professor of radiation oncology at the OSUCCC -- James.

"We found that one dose of papaverine prior to radiation therapy reduces mitochondrial respiration, alleviates hypoxia, and greatly enhances the responses of model tumors to radiation," Denko said.

Radiation does two things to kill cancer cells. First, radiation directly damages the DNA of a cell. It also works indirectly by generating radicals that damage the DNA with a residual effect. However, hypoxia proves problematic when it comes to how effective radiation is. If tumors survive in oxygen-deprived areas, they’re often strong enough to do more damage and resist further treatment. 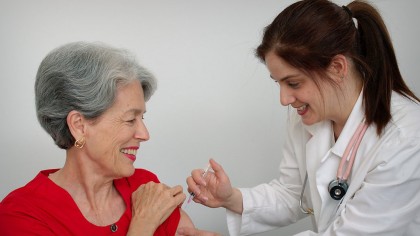 Australia May Eliminate Cervical Cancer Within the Next 20 Years

Hypoxia with tumors causes extensive issues because cancer cells need high levels of oxygen to grow. Those needs, the researchers explained, can outpace the body’s ability to deliver oxygen to other tissue. Insufficient oxygen causes pockets of dead cells, distancing the tissue from the reach of chemotherapy and radiation.

"If malignant cells in hypoxic areas of a tumor survive radiation therapy, they can become a source of tumor recurrence," Denko said. "It's critical that we find ways to overcome this form of treatment resistance."

Using the drug for radiation solutions

The researchers are still learning more about why precisely papaverine succeeds at reducing hypoxia while controlling tumor cell growth. However, the team is excited that they’ve found an alternative solution to previous oxygenation attempts.

Other research focused on sending more oxygen to a tumor.

"But these attempts have met with little clinical success because tumors have poorly formed vasculature," Denko added. "We took the opposite approach. Rather than attempting to increase oxygen supply, we reduced the oxygen demand, and these findings suggest that papaverine or a derivative is a promising metabolic radiosensitizer."