A multi-cat experiment has left physicists frustrated as it has produced a new and contradictory theory of reality.

It might be the most famous thought experiment in the world. A cat in a box could either be alive or dead -- and until that box was opened, one had to theorize that it could be both. Physicist Erwin Schrodinger described the scenario, and it became one of the basic explanations for quantum theory.

Now, two physicists are challenging that riddle with their own version of the paradox. They replace the kitty with physicists conducting experiments. The result of their new theory has stumped other physicists.

The new "multiplayer" version of a classic is unusual. It shows that if current interpretations of quantum mechanics hold true, then different experimenters can get opposing results about the physicists in the box. In short, it's quantum theory contradicting itself.

Quantum mechanics explains most of modern physics. However, the concepts behind it still aren't crystal clear. The equations often don't point out to the exact outcome of what's being measured, the authors of these new puzzles explained.

Physicists Daniela Frauchiger and Renato Renner of the Swiss Federal Institute of Technology (ETH) in Zurich, were the first to pose the argument online in spring of 2016. And it's been debated hotly ever since.

Quantum objects like electrons live in clouds, not in specific points. This is why Niels Bohr and Werner Heisenberg created the Copenhagen interpretation. In summary, it states that the act of observing a quantum system makes the wave-like cloud of electrons collapse to a single data point.

However, Frauchiger and Renner now are stating that through their reasoning, the basic Copenhagen picture isn't consistent.

Looking into the box

Schrodinger's cat has gotten several upgrades throughout the years. Hungarian physicist Eugene Wigner proposed a version involving a physicist who lived in the box and had a measuring device for determining one of two options.

And it's this version of the 'box' that Frauchiger and Renner are upgrading. In this version, they have two Wigners doing an experiment on their friend who they keep in the box.

One friend (Anna) tosses a coin and (because she's luckily a physicist) makes a quantum message to send to her friend Brad. Brad (who is also a physicist) can pick up Anna's message and understand the result of the coin toss. 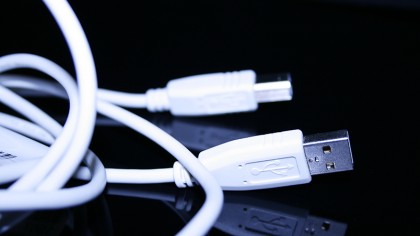 The problems start when the Wigners open their boxes to check on their friends. According to Renner, when they open their boxes, they should conclude with certainty where the coin landed in the toss.

“Some get emotional,” Renner said. And different researchers tend to draw different conclusions. “Most people claim that the experiment shows that their interpretation is the only one that is correct.”

A Group of Mechanics Successfully Flipped an Iconic Lada