New, Larger iPhones Frustrating Women by Still Being Too Big for Pockets

The latest iPhones are still larger than Apple's already-large iPhone X and iPhone 8 units. Some women aren't happy about the new design.

Apple is again under fire for designing its latest iteration of iPhones that are still too large to fit in the average woman’s hand -- let alone their pockets.

The trillion-dollar company announced its iPhone XS Max model with its biggest screen size yet -- 6.5”. That makes it a full inch larger than the already-large iPhone 8 Plus from 2017.

And women around the world are getting fed up. This latest iteration of iPhone seems to completely disregard the physical needs of its female consumers, some say. On average, a woman’s hand is a full inch shorter in width than the average male.

If Apple intends for everyone to access its latest technology, why wouldn’t they design that technology to be accessible for over half of the world’s population? That question is one continuing to frustrate women, and they made their voices known on social media during Apple’s most recent keynote.

Caroline Criado Perez, a feminist who was instrumental in getting a Millicent Fawcett statue in Parliament Square and who championed putting Jane Austen’s face on the ten pound note, explained to the Telegraph why women -- and men -- are tired of aggressively large phones.

“I genuinely have RSI from having an iPhone 6, and it went as soon as I switched to an iPhone SE,” she told the newspaper. “It genuinely does affect women’s hand health, women do buy more iPhones than men, it just baffles me that Apple doesn’t design with our bodies in mind.

“We should be furious about this, we are paying just as much money for it as men for a product that doesn’t work as well for us.”

The thing is it’s entirely possible for then to do this. They created a bespoke iPhone for the Chinese market, that means they will make something where they see demand. They’re blind to seeing demand when a competitor isn’t beating them in a market. Not true innovators.

Women use iPhones and smartphones more than men 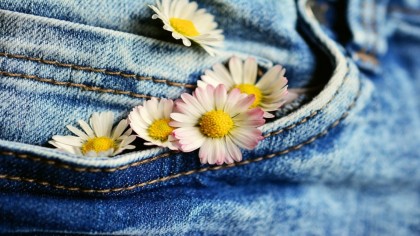 Study Confirms Women's Pockets are Too Small for Smartphones

New iPhones will get crammed into standard women's pockets

The new iteration of iPhone also won’t fit into the pockets of most women -- a complaint that nearly all women at some point have had about their pockets and smartphone of choice.

It was enough for the team at investigative reporting site The Pudding to do a comparative analysis of the pocket sizes of the most popular women’s jeans. The conclusion, in short, was that women’s pockets sucked when compared to men’s pockets in being functional.

hell at least i could make my own clothes if i wanted bigger pockets, how am i supposed to grow my hands

For example, only 40 percent of the jeans tested by the researchers actually housed the iPhone X’s display. And given the specs of the most recent iPhones, it’s not looking much better for women. The XS Max is larger than the iPhone X with a 6.5 inch display. The XR will also be slightly bigger at 6.1 inches.

Fans of smaller iPhones are also mourning the loss of the massively popular iPhone SE. Last year, the SE model was ranked as the most popular smartphone according to Customer Satisfaction Index data, as reported by 9 to 5 Mac.