Michelle Mone and her partner, Doug Barrowman, have launched the first known property development that will be sold exclusively using bitcoin.

Investors in bitcoin have a new way to convert the digital currency into solid assets. Power couple, Michelle Mone and her partner, Doug Barrowman, have launched a property development in Dubai that will sell luxury apartments for bitcoin.

The $327 million development is pitched at the investors who profited from the rapid rise in the cryptocurrency. Barrowman told media “Traders have made a lot of money out of crypto over the last few years, whether in bitcoin or Ethereum or other digital currencies. We see the buyers of these apartments being people that want to redeploy funds from the cryptoworld into conventional world, and there's nowhere safer than bricks-and-mortar to do that."

The new apartments will be located in Dubai's Science Park, and are expected to be ready to be occupied in 2020. The project is being managed by the Dubai-registered firm, Aston Developments, the company is part of the Know group which manages a $1.9 billion portfolio of property.

30 bitcoins for a studio

A single bitcoin was valued at about $20 in 2013, the same bitcoin today is worth more than $4630. An investor that spent just $600 in 2013 could cash in their profit on the cheapest apartment in the development. 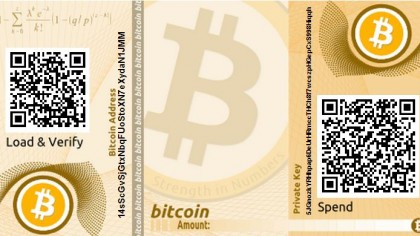 It is expected most of the investors in the properties would be international who would immediately let the luxury living options at a 9% annual yield rate. Bitcoin is questioned for its potential use in money laundering. But all

Bitcoin is questioned for its potential use in money laundering. But all bitcoin transactions are logged in a shared public ledger called blockchain. While these transactions are not explicitly linked to the identity of the user it can often be traced back to the user if necessary, like in the 2013 bust of Ross Ulbricht, owner and operator of the drug distribution site.

In the case of Money and Barrowman's endeavour, all buyers will be vetted and submitted to traditional conveyancing. Barrowman's says, "The front end might be crypto, but the back end is conventional conveyancing done in the Dubai way. We'll need sight of passports, we'll need to know the individuals we're dealing with, and we will need the usual proof of funds that will ensure any dark-web money isn't coming through the system. Every single bitcoin that's ever been mined is recorded: The issue is the identity of the individual. Obviously, by having a passport and knowing where the source of funds is coming from, you're eliminating that aspect of risk in the transaction."

Bitcoin’s volatility may be a big push for early investors to cash in on their quickly earnt profit. While the currency has increased significantly this year, there has also been drops that have shaken investor confidence. This is the first known property development that will be sold exclusively using bitcoin.