New Manually-Powered Elevator is a Workout 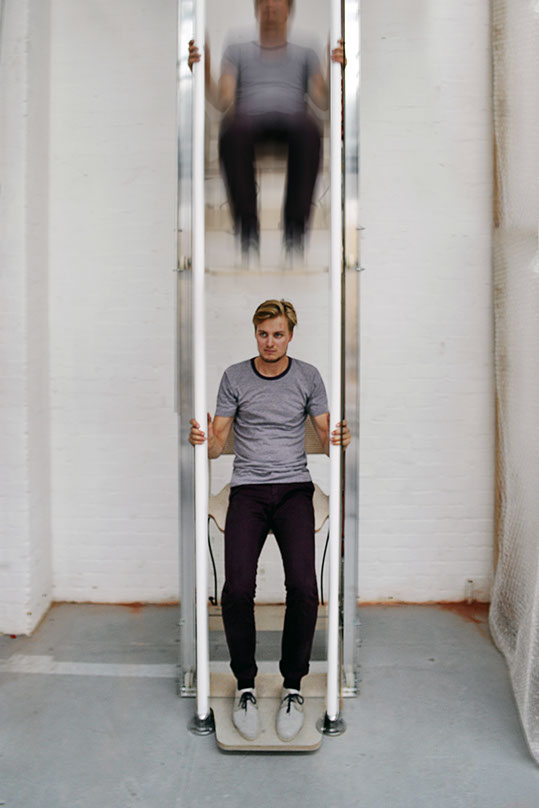 Designers with the Rombaut Frieling Lab in the Netherlands created the strangest 'elevator' ever. They dubbed the part stairs, part elevator contraption Vertical Walking.

The intent behind the strangely-named Vertical Walking system is to make dead space more used:

"The price of urban land is skyrocketing. And another 3 billion people are expected to live in cities: we will be forced to exploit vertical space: More and taller towers, the use of attics and roofs: we need to get up high."

Traditional stairs don't cut it for the designers. Plus, the Rombout team reminded everyone that elevators make us lazy and dependent on technology rather than keeping us fitter. But what's the fun of an elevator if you have to exert yourself to use it?

One positive, however, is that it's a power-free alternative for those with limited mobility. Stairs can be extremely difficult for the elderly or physically impaired. Vertical Walking makes it simpler and faster for everyone who would struggle with a lot of stairs.

Vertical Walking requires only 10 percent of the energy needed to climb a flight of stairs. It uses a system of elastic ropes and pulleys to propel people upward and onward. However, the first prototypes are unable to accommodate wheelchairs.

It sounds like a great idea if you live on the third floor of your apartment building. However, we'll stick to the traditional elevator if we're headed any higher.