So much of a robot's efficiency lies in its gears. For specialty needs, like gathering soil samples on a different planet, gears can make or break a robot's success.

"Being able to operate gears at the low temperature of icy moons, like Europa, is a potential game changer for scientists," said NASA program manager R. Peter Dillon.

BMGs aren't a new discovery. They were originally created at Caltech in the 1960s. Metallic glasses have been used for both their strength and elasticity in everything from golf clubs to cellphones. However, scientists struggle with fitting them into robots and rovers.

"Although BMGs have been explored for a long time, understanding how to design and implement them into structural hardware has proven elusive," said NASA technologist Douglas Hofmann.

"Our team of researchers and engineers at JPL, in collaboration with groups at Caltech and UC San Diego, have finally put BMGs through the necessary testing to demonstrate their potential benefits for NASA spacecraft. These materials may be able to offer us solutions for mobility in harsh environments, like on Jupiter's moon Europa."

BMGs caught the eye of the space program with their low melting temperatures. They get cast with injection-molding tech, just as modern plastics manufacturers do with large-scale production. BMGs have high resistance to the cold. They don't get brittle like plastics or other thinner metals. This quality allows for BMG-made gears to operate under the coldest circumstances.

More specifically, NASA plans on using the BMGs in strain wave gears. These gears can be found in nearly all expensive robots, and they include a flexible metal ring. BMG versions of these gears would perform better than current alternatives while being made at a fraction of the cost.

The latest research results show the gears offering strong torque and easy turning. They didn't need lubricant, not even in -200 degrees Celsius temperatures.

BGMs have a non-crystalline microstructure. When rapidly cooled after melting (1,000 degrees Celsius per second), their 'liquified' atomic structure remains. This rapid cooling allows it to be molded and blown just like glass with heat. 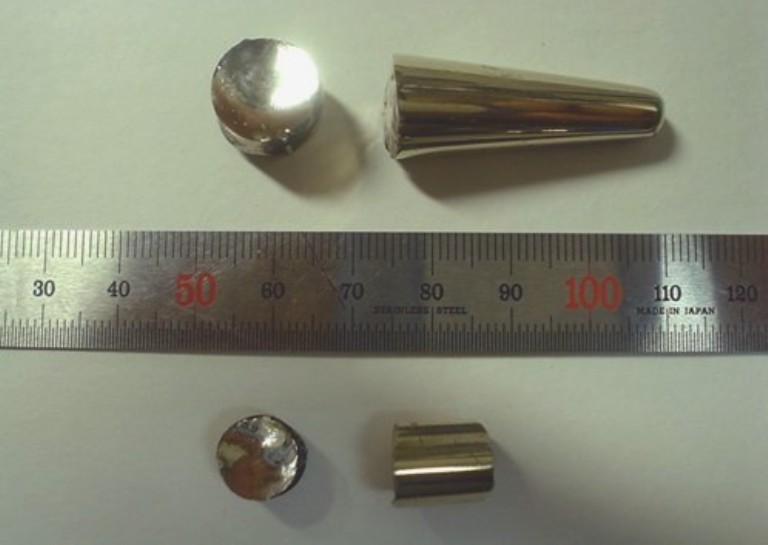 NASA's development serves as a litmus test of BMGs in robotics on the whole. Should NASA successfully apply BMGs to their rovers, BMGs could become standard use for robotics. Mass production of metallic glass parts could revolutionize the robotics industry, creating inexpensive yet long-lasting parts for crucial robots.

"This is especially true for humanoid robots, where gears in the joints can be very expensive but are required to prevent shaking arms," Hoffman said. "The performance at low temperatures for JPL spacecraft and rovers seems to be a happy added benefit."

The papers have been published in two papers. You can find them in Advanced Engineering Materials and Scientific Reports. For more information and developments, check out the NASA Jet Propulsion Labs website.

SEE ALSO: NASA Asks World 'What Should We Do With Astronaut Poop?'