Storm drains are notorious for carrying harmful pollutants directly into popular water sources. Engineers from the University of California, Berkeley created a solution to remove those pollutants and give stormwater new life.

Excessive pollution of water sources also forces local governments to spend more money treating water with fluoride and other chemicals before it can be safe for residents. And, most cities often discharge the extra polluted water into nearby rivers and streams to offset flooding, much to the detriment of a community's flora and fauna,

Now, a new creation from UC Berkeley uses a mineral-coated sand to rid water of organic pollutants. The researchers hope it could significantly reduce toxic chemicals in stormwater that percolate into underground aquifers. This would ultimately bring more water into 'parched' urban communities.

"The way we treat stormwater, especially in California, is broken. We think of it as a pollutant, but we should be thinking about it as a solution," said Joseph Charbonnet, a graduate student in civil and environmental engineering at UC Berkeley. "We have developed a technology that can remove contamination before we put it in our drinking water in a passive, low-cost, non-invasive way using naturally-occurring minerals."

It's not uncommon for urban areas to use stormwater reclamation practices. Structures like bioswales and rain gardens funnel water through mulch to reduce debris. And in other areas of California, Charbonnet and adviser David Sedklak are working alongside residents to create a wetland from a gravel pit and use it for a run-off system.

However, the UC Berkeley team's coated sand could be an inexpensive solution to treating the run-off water collected.

"Before we built the buildings, roads and parking lots that comprise our cities, rainwater would percolate into the ground and recharge groundwater aquifers," said Sedlak, professor of civil and environmental engineering at UC Berkeley and co-director of the Berkeley Water Center.

"As utilities in water-stressed regions try to figure out how to get urban stormwater back into the ground, the issue of water quality has become a major concern. Our coated sands represent an inexpensive, new approach that can remove many of the contaminants that pose risks to groundwater systems where stormwater is being infiltrated." 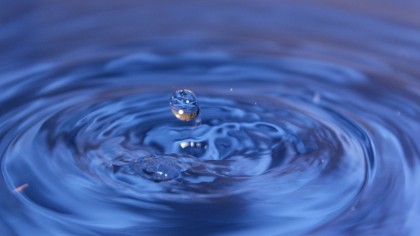 The researchers admit the coated sand doesn't pick up every type of contaminant. However, being used alongside other treatment forms significantly increases the purity of the water, the team noted.

Charbonnet made the coated sand by mixing standard sand with two types of manganese that react to manganese oxide. This mineral binds to organic chemicals like herbicides, pesticides and bisphenol-A (BPA). The sand then breaks them down into smaller pieces that are less toxic than before and more biodegradable. The reddish-brown manganese oxide-coated sand is safe. Charbonnet explained there's a good chance you've even got manganese oxide on your shoe.

"Manganese oxides are something that soil scientists identified 30 or 40 years ago as having these really interesting properties, but we are one of the first groups to use it in engineered ways to help unlock this water source," Charbonnet said.

The team details the sand innovation in the journal Environmental Science & Technology.

Via: University of California Berkeley