This molecule could one day be responsible for helping stop the damage cause by Parkinson's disease.

There’s new hope for Parkinson’s disease sufferers. Researchers in a new study identified and linked a molecule to reversing the neurodegeneration caused by Parkinson’s.

The international team of researchers hope to one day use the molecule in creating new treatments for Parkinson’s and other neurodegenerative diseases in the near future.

The impact of Parkinson’s disease

Parkinson’s is the second most common incurable neurodegenerative disorder after Alzheimer’s disease. In the United States alone, over a million Americans live with the disease. That’s more than the combined total of people who suffer from multiple sclerosis (MS), muscular dystrophy, and Lou Gehrig’s disease (ALS).

Parkinson’s disease affects an estimated 10 million people globally, and most people with the disease are diagnosed after the age of 50.

Currently, there are few treatment options to get to the root of Parkinson’s. Most recently, a team of researchers from the University of Cambridge created an electrode that could help control seizures and other neurological spasms caused by degenerative diseases. 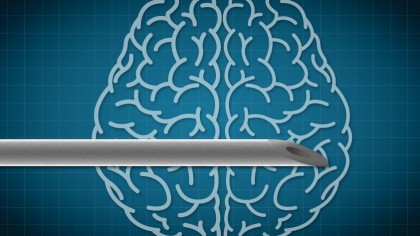 Further studies have also been conducted into what genes are related to Parkinson’s disease. A group from the University of Pittsburgh School of Medicine discovered a gene called LRRK2 (aka the Lark2 gene) that could be just as important in the non-hereditary form of Parkinson’s.

Breakthrough studies regarding Parkinson’s disease and how to treat it have helped millions, but there’s still more to be done to stop the disease in its tracks.

Searching for a solution

The researchers behind the molecule’s discovery are from the Institute of Biotechnology and Biomedicine with the Universitat Autònoma de Barcelona. They looked at over 14,000 molecules and stumbled upon the SynuClean-D molecule. This molecule stops the build up of the alpha-synuclein protein responsible for so much of Parkinson’s disease damage. The molecule also breaks the amyloid fibers that have already formed. That prevents the process of further neurodegeneration in Parkinson’s disease.

The team experimented on the small Caenorhabditis elegans worm -- an animal that’s no stranger to being a model for neurodegenerative disease studies. The team noticed that by administering the molecule through food, the molecule could reduce the alpha-synuclein buildup. It also prevented the spread of these toxic aggregations and stopped damage to dopaminergic neurons.

"Everything seems to indicate that the molecule we identified, the SynuClean-D, may provide therapeutic applications for the treatment of neurodegenerative diseases such as Parkinson's in the future," UAB researcher and coordinator of the study Salvador Ventura points out.

After they identified the SynuClean-D molecule, they conducted in vitro biophysical tests to see how much activity they actually prevented. They also tested the molecule on human neural cell cultures before doing more worm testing. The experiments showed that giving the worms the molecule as an inhibitor greatly reduced the protein while boosting the mobility of the worms.

No word yet from the researchers as to when this could go to clinical trial or next steps on how to apply the SynuClean-D molecule to current Parkinson’s disease treatment.