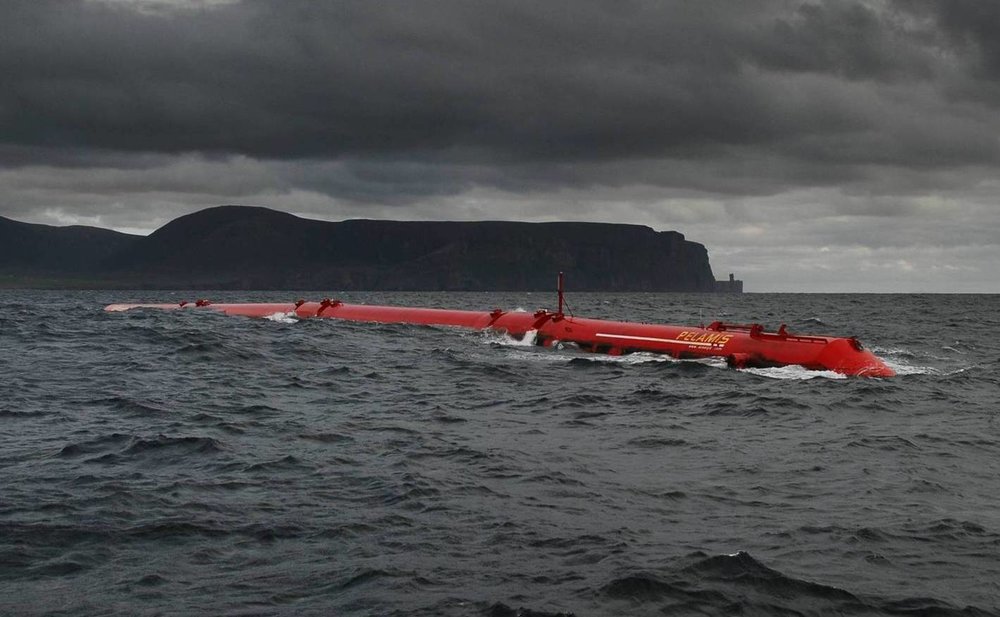 Maf Smith, the Deputy Chief Executive of trade association RenewableUK, believes that the global marine energy sector is at last riding a rising tide, although he believes the sector may not be receiving the attention and resources that other emerging industries enjoy. Mr Smith expressed his views about the sector at an industry conference in Edinburgh last month, the International Conference on Ocean Energy (ICOE 16), which was attended by at least 860 people from across the world, from 27 countries including the UK, France, Canada, China, Chile, South Korea and many more. Companies, governments and academic institutions were all well represented at the event which was also addressed by an European Commissioner and various other senior officials from governments across the world.

Writing on the Business Green website, Mr Smith said that the marine energy sector should ideally be in the forefront of the massive rise in renewable energy that the world has seen taking place over the last decade, given the exciting innovations coming out of wave and tidal research and development. This growth in renewables has been driven both by innovation and cost reductions, enabling the most prominent technologies, such as wind and solar, to take their place in the mainstream alongside the conventional fossil fuel technologies they will very soon begin to replace, if they aren’t doing so already. For example, Bloomberg New Energy Finance reported last year that over 50 percent of investment in new energy capacity is going to renewables.

Unfortunately, while several other renewable energy technologies, particular wind and solar, have seen significant cost reductions in recent years, with wave and tidal this is still yet to happen. Consequently, the problem of how best to deliver this was the major topic discussed at ICOE 16. The viability of the technology has been demonstrated repeatedly, with such success reflected in the £6 of private investment into the sector for every £1 from the public purse. However, with the increasing pace of decarbonization across the globe, policymakers expect rapid progress, and that is another of the major challenges facing wave and tidal.

Nevertheless, the sector now incorporates a range of highly impressive research and development facilities which are actively working to break through these barriers, and many of them are located in the UK.

Prominent among them is FloWave, the world’s most advanced wave and tidal energy testing tank. This facility is located in dedicated building at the University of Edinburgh in Scotland and opened in 2014 with a price tag of £9.5 million. More correctly known as the FloWave Ocean Energy Research Facility, it can simulate a range of different sea states, including standing waves, perfect storms and sporadic extreme weather events and was designed from the outset for cutting-edge research into wave and tidal interactions. 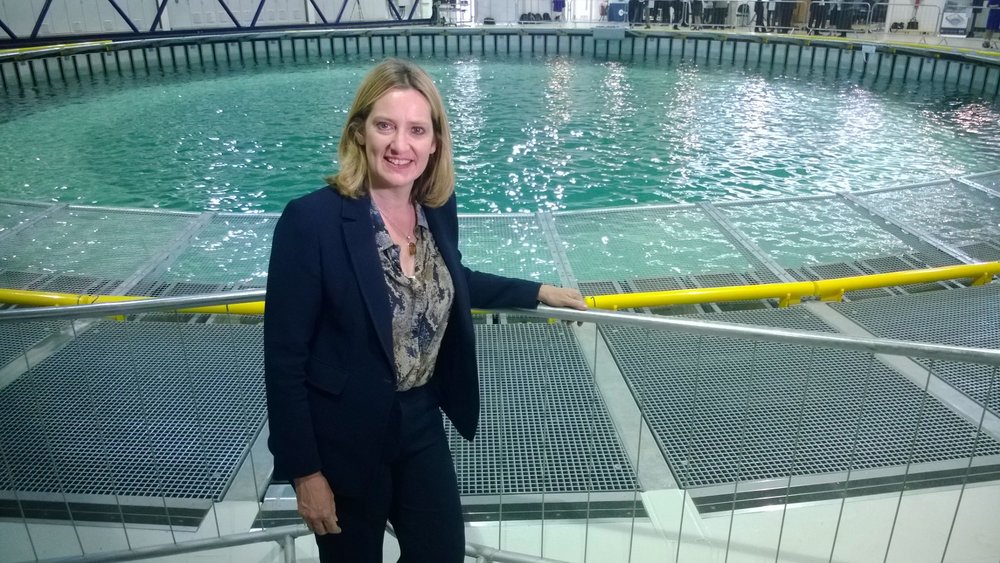 The facility’s major role is support developers of marine energy devices to get their projects performing ‘right first time’ so that they can be de-risked before larger, scaled-up devices are constructed for deployment offshore. A secondary role is running model-scale tests on revised designs that incorporate lessons learned from actually having an offshore device in place in the water. It can also validate computational fluid dynamics (CFD) layout, micro-siting and energy yield predictions by employing physical models, a major safeguard when huge sums are being invested in such projects around the world.

Stuart Brown, chief executive of FloWave, recently described the ocean as a “harsh and unforgiving” place, something that generations of mariners have known only too well. This meant that many early marine energy devices failed on account of the limited ability of testing centers to replicate the complexity of marine environments. However, this is something that FloWave excels at.

FloWave uses site-specific data gathered by buoys deployed in particular locations and also remotely by satellite systems and ground-mounted radar. This information is then fed into the circular, 25-meter wide and 2-meter deep, tank, which contains a similar amount of water to that of an Olympic-sized swimming pool, in order to replicate the conditions at those sites. This in turn is ideal for testing small-scale versions of particular marine energy devices.

The European Commission regularly funds marine energy research and development projects through its Horizon2020 program. In February this year, it award a grant of 10 million euros (£7.75 million) to advance the commercialization of Scotrenewables’ Floating Tidal Energy Commercialisation (FloTEC) SR2000 technology. Scotrenewables is working as part of a partnership with some highly experienced and dedicated research organisations, including Harland and Wolff Industries, ABB Ltd, University College Cork and SKF. Another member of the project is the renowned European Marine Energy Centre (EMEC) – the number one deployment site for most of the world’s prototype wave and tidal energy devices.

The 2 MW SR2000-M2 prototype will be deployed at EMEC’s Fall of Warness site in Orkney, alongside its predecessor, the SR2000-M1, in order to form a 4 MW demonstration platform for commercially viable tidal energy devices. 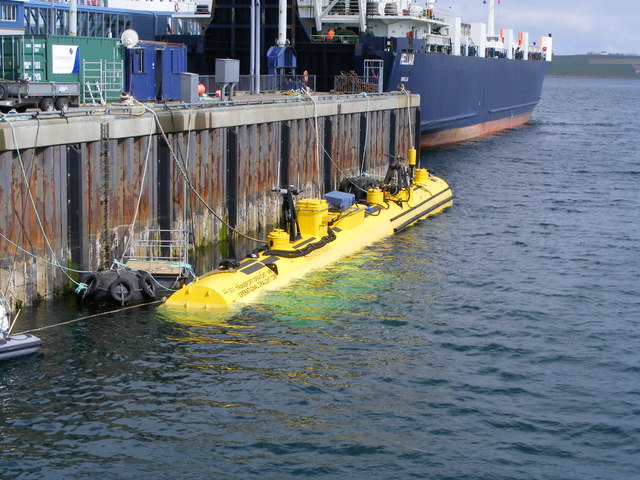 Meygen is the first tidal stream project to go commercial, with construction off the north coast of Scotland scheduled for next year. Developed by Atlantis Resources, a lot of other tidal devices are expected to follow in its wake. Phase 1 of the £1 billion ($1.5 billion) project consists of four 1.5 MW turbines, three Hydro HS1500 turbines developed by German company Andritz Hammerfest alongside the Atlantis’s own AR1500 turbine. Ultimately, the project will have 269 turbines deployed along the coast, generating 400 MW of power, enough for 175,000 homes.

Tidal energy will also be generated in the future by man-made tidal lagoons, such as the £1 billion Swansea Bay Tidal Lagoon project currently proposed for the Bristol Channel off the coast of South Wales. Other tidal lagoons elsewhere in the world are already in place and generating energy, particularly in France and South Korea. Meanwhile, start-ups are advancing new innovative designs which could have massive potential if they get past the testing phase.

One of the big advantages that tidal energy projects enjoy over wind and solar power is that tidal energy is much more predictable, thereby avoiding the problem of intermittency suffered by wind and solar. While wave power is taking its time, tidal energy is surging ahead, with the Paimpol project in France standing alongside Meygen as one of the front-runners in the sector. However, as with other renewable energy technologies, government support, through direct investment and subsidy, is crucial.