This breakthrough purification hydrogel even desalinated water from the saltiest body of water in the world -- the Dead Sea.

Clean water remains one of the most important natural resources available to a growing population. Shortages in drinkable water continue to plague areas around the globe -- not just in developing nations. International natural disasters can plague affected areas for months in water scarcity.

A team of researchers have created a new type of low-cost technology that could be used in situations lacking clean water. The new gel-polymer hybrid uses ambient solar energy to produce clean water from any source, including water from the Dead Sea. (And yes, the researchers tried their creation on the saltiest body of water in the world.)

The team from the University of Texas Austin crafted the hydrogel under the leadership of Guihua Yu, an associate professor of materials science and mechanical engineering at the university. Yu's researchers created something truly unique: a cost-effective technology that's small enough to be user-friendly and is a gel-polymer hybrid. The material is both attracted to water (hydrophilic) and has semiconductive properties as it absorbs solar energy.

Like other desalination purifiers, the system creates water vapor and then pumps the vapor into a condensing unit which results in freshwater. However, unlike more traditional set ups, the University of Texas researchers made a system that filters out contaminants better than others on the market. The use of this new hydrogel-based solar vapor generator also means that the purification system cleans water more affordably than alternative purifiers. 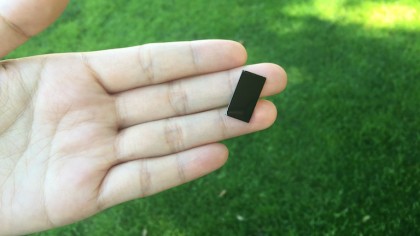 "Water desalination through distillation is a common method for mass production of freshwater. However, current distillation technologies, such as multi-stage flash and multi-effect distillation, require significant infrastructures and are quite energy-intensive," said Fei Zhao, a postdoctoral researcher working under Yu’s supervision. "Solar energy, as the most sustainable heat source to potentially power distillation, is widely considered to be a great alternative for water desalination."

The team wanted to put their process through the ultimate test. They attempted to reduce salinity from water samples from the Dead Sea. With a salinity of 342 g/kg or 34.2 percent salinity, the Dead Sea is nearly 10 times saltier than the ocean.

"Our outdoor tests showed daily distilled water production up to 25 liters per square meter, enough for household needs and even disaster areas."

By running the Dead Sea water samples through the hydrogel, the team successfully met the acceptable drinking water standards set forth by the World Health Organization and also the United States' Environmental Protection Agency (EPA).

"Our outdoor tests showed daily distilled water production up to 25 liters per square meter, enough for household needs and even disaster areas," said Yu. "Better still, the hydrogels can easily be retrofitted to replace the core components in most existing solar desalination systems, thereby eliminating the need for a complete overhaul of desalination systems already in use."

Yu and his team not only succeeded with difficult samples, but they also proved that hydrogels could help unlock filtering out other contaminants in water. This includes things such as lead, excessive fluoride, and other chemicals.

Currently, Yu and his team have partnered with the University of Texas's Office of Technology Commercialization in order to make hydrogels more accessible to those who might need them.

Via: The University of Texas at Austin