NIST researchers are using a loophole-free Bell test to generate truly random numbers. Their approach has been verified by colleagues not affiliated with the project.

New research published in the journal Nature by scientists at the National Institute for Standards and Technology (NIST) is using quantum mechanics to create truly random numbers. The result is a generating process that delivers “randomness certified by the impossibility of superluminal signals,” as stated in the paper’s name.

"If you sent in some team of people to examine our experimental components as closely as they wanted and then have them try to come up with a prediction for what these random numbers would be afterwards, there's just no way they could predict them," study co-author and NIST mathematician Peter Bierhorst told Live Science.

Their theory is verified by scientists not affiliated with the project. Stefano Pironio from the Université libre de Bruxelles in Belgium wrote in a Nature Commentary that the generator is “the most meticulous and secure method for producing randomness that has ever been demonstrated.”

The predictability of classical sources

According to the researchers, so-called random numbers, used in encryption today, are not absolutely certifiably random because they are the result of processes whose output could be tampered with by predictable factors. "It's hard to guarantee that a given classical source is really unpredictable," Bierhorst said.

"Something like a coin flip may seem random, but its outcome could be predicted if one could see the exact path of the coin as it tumbles. Quantum randomness, on the other hand, is real randomness."

"Something like a coin flip may seem random, but its outcome could be predicted if one could see the exact path of the coin as it tumbles. Quantum randomness, on the other hand, is real randomness. We're very sure we're seeing quantum randomness because only a quantum system could produce these statistical correlations between our measurement choices and outcomes."

Bierhost’s team decided to use Bell’s inequality theorem to create a generator that could detect any tampering that would introduce those pesky predictable factors. They even equipped the machine with an extra measure of security that would require anyone trying to hack into it to have to interfere with two detectors placed so far apart the hacker would have to travel at the speed of light.

“The Bell test is designed to rule out 'local hidden variable theories' which posit that experimental outcomes are governed by pre-existing local attributes of particles being measured," Bierhost told The Register.

"If we rule out such a theory, then we have ruled out the possibility of pre-existing local attributes, and so measurement outcomes must in fact be due to randomness or unpredictability that is occurring at the time of measurement,” he said. 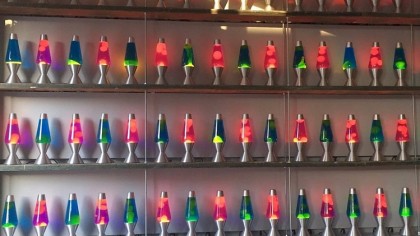 The theory proved successful but the machine is too large, too slow and too expensive to be marketable right now. Bierhorst hopes the generator will fit on a chip some day and be available on every computer.

Although Bell tests have been used before to generate random numbers, Bierhost’s NIST generator is the first to use a loophole-free Bell test. The NIST laboratory is part of the US government's Department of Commerce and the new generator is based on a 2015 experiment.