A new "quantum radio" has been demonstrated that can detect the weakest signals allowable under quantum mechanincs.

Researchers have demonstrated how to detect the weakest radio signals allowed under quantum mechanics, opening the door to advances in radio astronomy and medicine, and physics.

The Quanta In The Noise

Researchers at Delft University of Technology (DUT) in the Netherlands have built a quantum circuit that allows them to listen to the faintest signal allowable under quantum mechanics, leading to possible advances in radio astronomy, medicine, and attempts to reconcile quantum mechanics and relativity.

Weak radio signals aren’t just an annoyance for consumers looking to listen to the news or the latest pop song, it can have serious implications for magnetic resonance imaging (MRI) and radio astronomy. This was the challenge that scientists in the group of DUT’s Prof. Gary Steele set out to overcome.

The circuit they built, the results of which have been published in the journal Science and is available online, has been shown to detect quanta of energy in the form of photons, the weakest radio signals possible under the theory of quantum mechanics.

“Say I am pushing a kid on a swing”, said Mario Gely, who led the research. ”In the classical theory of physics, if I want the kid to go a little bit faster I can give them a small push, giving them more speed and more energy. Quantum mechanics says something different: I can only increase the kid’s energy one ’quantum step’ at a time. Pushing by half of that amount is not possible.”

These quantum steps until now have been too small to detect, but with this new circuit, it may now be possible to detect radio signals at a quantum level. 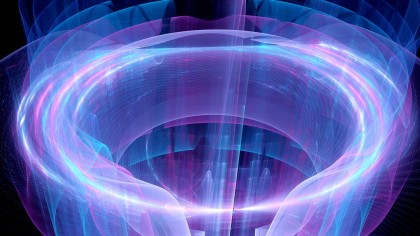 While the circuit has significant potential for advancing MRI technology and radio astronomy, the researchers at DUT have set their sights higher in the hopes of making quantum mechanics and relativity play nice with one another.

“Using our quantum radio, we want to try to listen to and control the quantum vibrations of heavy objects, and explore experimentally what happens when you mix quantum mechanics and gravity”, Gely said. “Such experiments are hard, but if successful we would be able to test if we can make a quantum superposition of space-time itself, a new concept that would test our understanding of both quantum mechanics and general relativity.”