The sensors can outperform existing technologies in long-range 3D imaging.

Researchers at the University of Waterloo's Institute for Quantum Computing (IQC) have developed new quantum sensors that promise to have some advantageous applications in everything from monitoring cancer treatments to remote sensing capabilities.

Their sensors, they argue, can outperform existing technologies in long-range 3D imaging.

For the uninitiated, a quantum sensor is a device that makes use of quantum correlations to achieve a resolution that is better than what could be achieved by classical systems. These new quantum sensors are based on semiconductor nanowires that can detect single particles of light.

"A sensor needs to be very efficient at detecting light. In applications like quantum radar, surveillance, and nighttime operation, very few particles of light return to the device," said principal investigator Michael Reimer, an IQC faculty member and assistant professor in the Faculty of Engineering's electrical and computer engineering department.

"In these cases, you want to be able to detect every single photon coming in."

A photon is a single particle of light, and the researchers claim their new sensors are so fast they can detect one and refresh for the next one within nanoseconds. The researchers argue they achieve this speed and efficiency thanks to the quality of the sensors' materials.

And Reimer believes that the spectrum absorption can be further enhanced with different materials. 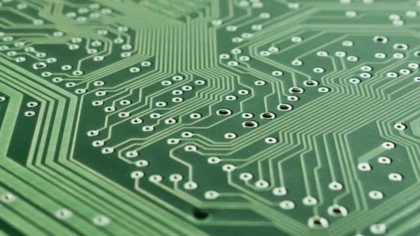 "It's state of the art now, with the potential for further enhancements."

Before you get too excited it should be noted that the new sensors are just prototypes for now. However, the researchers argue that once the prototype is packaged with the right electronics it will be ready for testing outside of the lab.

Furthermore, argue the researchers, it will open the door to improving all kinds of applications.

"A broad range of industries and research fields will benefit from a quantum sensor with these capabilities," said Reimer.