A research, conducted by a team of thirty scientists, outlines the plan for how to reach a majority of the world's countries being powered entirely by renewable energy by 2050.

Scientists have developed an ambitious plan to almost fully power the planet on renewables by 2050. The report concludes that moving to a fossil fuel free future will create jobs and cut health costs. The findings are published in Joule.

The research, conducted by a team of thirty scientists, outlines the plan for how to reach a majority of the world's countries being powered entirely by renewable energy by 2050.  The interdisciplinary group explains, "our findings suggest that the benefits are so great that we should accelerate the transition to wind, water, and solar, as fast as possible. By retiring fossil-fuel systems early wherever we can."

While it seems simple that moving away from fossil fuels will make us happier and healthier, the research is now available. The team of scientists, including Mark Delucchi from the University of California, Berkeley explain that if just three-quarters of the world were running on renewables, the reduction in air pollution would save more than more than 4.6 million children who die each year from premature deaths related to lung health.

Research began in the US now looks globally

The research was initially shown at the 2015 United Nations Climate Change Conference (known as COP 21 or CMP 11) to world leaders who were meeting to discuss the global impact of climate change. Previous to this iteration the research had been a US only road map describing how the 50 US states could make the move away from fossil fuels towards renewable energy. The studies were sponsored by the non-profit organization, The Solutions Project.

Most countries already have the resources required

Co-founder Stanford University's Mark Z. Jacobson said, “What I find most exciting about the results of this study is that every country that we examined has sufficient resources to power itself, although in the case of a couple of tiny countries with very high populations, this might require either importing energy from their neighbor or using an unusually high amount of offshore energy,”

Larger countries with more landmass respective to their populations have greater flexibility in finding appropriate sites to install renewable energy plants. The research is based on the assessment of the capability of 139 countries to transition to 100 percent renewable power within three decades. Jacobson outlines the net project of the groups, saying, "We are next developing roadmaps for individual cities to go to 100 percent clean, renewable energy.”

While many countries are already hitting their Paris Agreement targets, looking beyond 2020 to new ambitious targets is essential. At the moment which country will emerge as the first to go completely renewable is still unclear. While many countries rely on renewable power for most of their needs, petrol cars and polluting industry all need to be taken into account.

Technology will play a huge role in achieving a 100% sustainable world as driving efficiency and lowering cost becomes key. 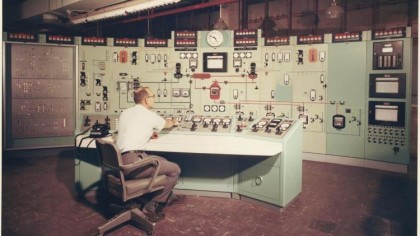