China is proving, with each new development, partnership, and innovation, that its march to become a global force in the area of artificial intelligence cannot be denied, and it could have major implications for the country's military.

It seems that China is demonstrating, once again, that it aims to be a global leader in artificial intelligence (AI).

Chinese company Yitu Tech showed its prowess in this year's annual Face Recognition Vendor Test (FRVT), a competition organized The National Institute of Standards and Technology (NIST) to showcase the best and the brightest in the area of facial recognition technology. The specific objective was to identify the maximum number of passengers moving on an aircraft boarding ramp. The Shanghai-based start-up company captured the winning spot, along with a $25,000 prize.

Elsa Kania, adjunct research fellow with the Center for a New American Security (CNAS), a think tank established ten years ago to conduct policy research and develop new defense strategies for the US, explains in a report released just yesterday, titled "Battlefield Singularity: Artificial Intelligence, Military Revolution, and China’s Future Military Power", how vital it has become for the US to grasp the full extent of China’s technological and military emergence in the last decade, and devise a partnership that takes this new reality into account:

“China is no longer in a position of technological inferiority relative to the United States but rather has become a true peer (competitor) that may have the capability to overtake the United States in AI,” said the report due for release today. In terms of the larger geo-political implications that come with the AI race that has been heating up between the two countries, Kania is very clear that it “could alter future economic and military balances of power.” 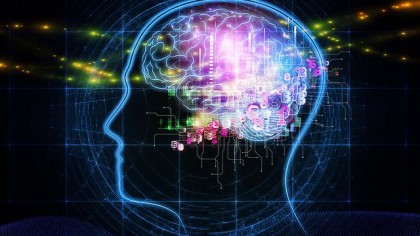 Voices of concern from within the military are also coming forward. Alphabet Inc Executive Chairman Eric Schmidt—who also heads the Pentagon’s Defense Innovation Advisory Board since 2016—addresses China’s plans to outpace the US in the coming years: “I’m assuming that our lead will continue over the next five years, and that China will catch up extremely quickly. So, in five years we’ll kind of be at the same level, possibly,” Schmidt shared in a conference, which was also hosted by CNAS.

Despite efforts by the US government to introduce more legal measures to impede or restrict foreign investment as an effort to slow China’s progress, Schmidt still feels that ultimately little can be done to stop the country’s march to progress:

“If you have any kind of ... concern that, somehow their system and educational system is not going to produce the kind of people that I‘m talking about, you’re wrong,” he said.

China’s People’s Liberation Army, the report also says, is ramping up its AI-related projects, “presenting a unique strategic challenge to the United States.”

“The PLA may leverage AI in unique and perhaps unexpected ways, likely less constrained by the legal and ethical concerns prominent in U.S. thinking,” Kania wrote, implying that China’s underdog status as an economic and military power almost guarantees that it is willing to take greater risks to position itself differently in the world.

Sound and proactive planning, it seems, are crucial for the US military and defense strategists if the country hopes to maintain the clout of its military-industrial complex, for one reality is clear: technology is the ultimate equalizer, and in this case, game changer.